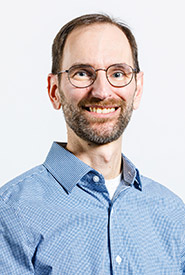 Jason Beaulieu is the GIS project coordinator for the Nature Conservancy of Canada’s (NCC’s) Quebec Region. He is responsible for developing maps and tools to help with science and planning decision-making. He also conducts spatial analyses to help identify conservation opportunities on private lands.

Jason is a geographer with a specialization in GIS. He studied physical geography and conservation GIS. He previously worked at Ducks Unlimited Canada as a GIS specialist, where he produced detailed maps of wetland areas in the developed areas of southern Quebec.

Jason enjoys mountain biking, skiing, playing the guitar and spending time in nature with his family.