For pandemic-weary Canadians, nature is a relief

Canadians have turned to nature in significant numbers to help them cope with the impacts of COVID-19.

A new Ipsos poll conducted for the Nature Conservancy of Canada (NCC) reveals that 94 per cent of people credit time spent in nature with helping them to relieve the stress and anxiety of the pandemic’s second wave. More than 85 per cent of people surveyed say access to nature has been important to maintaining their mental health. Three in four Canadians say time spent outdoors is more important to them now than ever before.

From backyard birds and urban foxes to increased use of trails and parks, anecdotally, Canadians report a greater awareness of nature in their lives since the pandemic began. The survey is one of the first to try to measure that impact. The findings reinforce the inextricable connection between nature and health. Clean air, clean water and healthy foods all come from nature. At a time when health is a top priority for Canadians, nine in ten surveyed say we need to invest more to restore and care for the natural areas that sustain us all. By taking care of nature, we take care of each other.

The survey coincides with the conclusion of the Nature Conservancy of Canada’s Landmark Campaign – the boldest fundraising drive for nature ever in Canada. The Landmark Campaign mobilized thousands of people who took nature conservation into their own hands and gave to save the lands and waters that sustain us all. With more than $750 million invested, an additional 115,000 square kilometres has been conserved — an area one and a half times the size of New Brunswick. The campaign protected habitat for 130 species at risk — seven of which are found nowhere else in the world!

Gifts to the campaign came from every corner of the country, along with contributions from corporations and governments of every political stripe. In fact, 94 per cent of Canadians live within 100 kilometres of a Landmark Campaign project. But donations were also received from people in 40 different countries worldwide, underscoring the global significance of conserving Canada’s lands, waters, plants and animals.

The Landmark Campaign strengthened Canada’s collective commitment to nature. But with all major habitat types still in decline, combined with the impacts of a global pandemic and climate change, the Nature Conservancy of Canada is committed to building upon that momentum. When conservation becomes a way of life, it benefits us all. 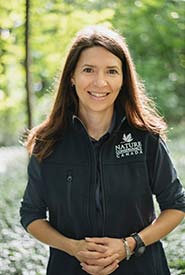 “Our conservation mission has never been timelier. Nature is a lifeline for so many people as we cope with the fallout of a global pandemic. The Landmark Campaign has delivered conservation results just when Canadians need it the most! I want to thank our donors and our volunteers. Your unprecedented response has made a difference in the lives of so many. Together, we are committed to doing more to make sure the nature that means so much to us today will be there for generations to come.” - Catherine Grenier, president and chief executive officer, Nature Conservancy of Canada 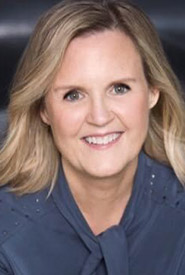 “Quebecers have decided to invest significantly in nature at a time when we need it the most. Thanks to the generosity of private and public donors, the Nature Conservancy of Canada has been able to protect 109 properties in Quebec, for a total of 21,000 hectares (51,892 acres). The conservation of these properties promotes the protection of threatened species, such as eastern wolf, copper redhorse, Victorin's gentian and maritime ringlet.” - Nathalie Pratte, member of the Campaign Cabinet, former Chair of NCC’s National Board of Directors and Quebec’s Board of Directors 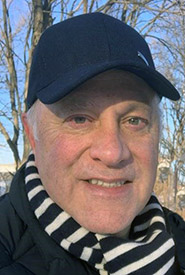 “Over the past few years, NCC has developed and implemented numerous initiatives to address climate change issues. This is a great challenge, and the initial results are conclusive and hopeful. Thanks to a large network of local partners that we can rely on, the protected properties are growing. In addition, NCC has an experienced and professional team of managers as well as biodiversity and conservation experts, who allow us to set ambitious goals. As a result, the organization is at the forefront of using donor contributions wisely, as shown by MoneySense magazine. This campaign prompted a wave of collective support and human solidarity, and we thank you for that. Thanks to you and your efforts, we are determined to meet the challenges of the next decade.” - Jean Laporte, Vice-President, Nature Conservancy of Canada in Quebec

The Nature Conservancy of Canada (NCC) is the nation's leading not-for-profit, private land conservation organization, working to protect our most important natural areas and the species they sustain. Since 1962, NCC and its partners have helped to conserve 14 million hectares (35 million acres), coast to coast to coast, including close to 118,600 acres (48,000 hectares) in Quebec. To learn more, visit natureconservancy.ca.