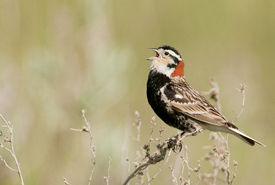 Chestnut-collared longspur (Photo by May Haga) 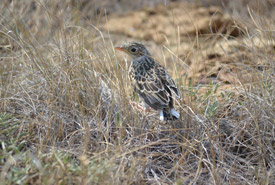 The main tool used to determine population trends for North American birds is the North American Breeding Bird Survey (BBS), which uses roadside point-count surveys to determine abundance estimates. However, evidence suggests that grassland birds are not well detected by roadside surveys, since many grassland bird species avoid roads. Therefore, to account for this the Grassland Bird Monitoring Program (GBM) was set up in Canada's prairies. The GBM also uses point-count surveys but conducts them away from roads and within large tracts of grassland habitat. Data from the GBM is used to supplement BBS data to get a more accurate picture of grassland bird population trends. 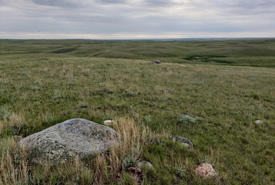 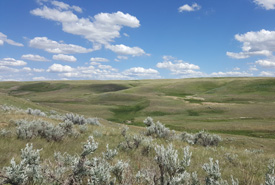 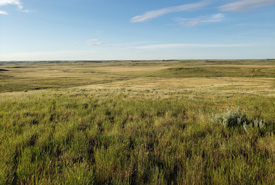 Staff are currently preparing for the 2021 season of the grassland bird monitoring project and plan to conduct the surveys in early to mid-June. It will be interesting to see what they find and as always, promises to be a great early-morning walk through some beautiful landscapes.