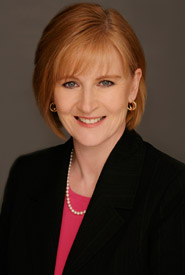 Jane is the Nature Conservancy of Canada's (NCC’s) chief storyteller. This was a natural extension of her previous career as an award-winning science journalist and television producer.

Jane joined in 2008, keen to share NCC’s great stories with many more Canadians.

Before working with NCC Jane spent 10 years with the Discovery Channel as co-host and senior producer of the programs @discovery.ca and Daily Planet. Jane was the creative force behind the kids' science-adventure series, Sci-Q, for which she received a Gemini nomination. Prior to Discovery Channel, Jane was an anchor and producer working for Canada’s leading newsrooms, including CBC National and Newsworld, Global-TV and CJOH Ottawa.

Jane holds a degree in journalism and law from Carleton University in Ottawa and a masters degree from the University of Toronto in the history and philosophy of science and technology.

She is an active volunteer with Carleton University, as president of the Alumni Association.

Jane is based in the Toronto area, where she lives with her husband and two children and encourages them to enjoy and appreciate the beauty of our natural world.