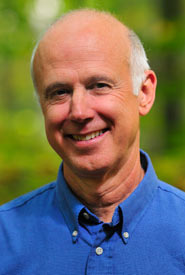 John Lounds, senior advisor to the president and CEO (Photo by Simon Wilson)

Senior advisor to the president and CEO

John Lounds’s passion for conservation and appreciation of nature was developed while growing up in rural Ontario and spending late summers at a family cottage. John then applied these interests at university, obtaining his undergraduate degree in environmental studies (urban and rural planning) from the University of Waterloo and then a master’s degree in environmental studies from York University.

Prior to joining the Nature Conservancy of Canada (NCC), John was the Executive Director of the Federation of Ontario Naturalists (now Ontario Nature) for six years. Previous to that, he also held several positions with the Government of Ontario, including as a program director for the Ontario Round Table on Environment and Economy, a management board analyst for the ministries of Environment and Northern Development and Mines and an energy conservation planner with the Ministry of Energy.

John joined NCC as its president and CEO in October 1997. Through his leadership, NCC defined its unique role as an organization that works with individuals and groups across Canada who share NCC’s passion for land conservation. NCC uses creative means to achieve this goal.

Under John’s leadership, NCC achieved great success, having grown from an annual budget of $8 million in 1997 to approximately $80 million by 2017. In the process NCC and its partners helped to protect 14 million hectares (35 million acres) of ecologically significant lands across Canada since 1962.

John was previously a governor of the University of Waterloo, as well as a member of the Dean’s Advisory Committee at the Faculty of Environment at the University of Waterloo. He has served as a director of the George Cedric Metcalf Charitable Foundation, the Smart Prosperity Initiative, the International Land Conservation Network and on the Canadian councils of the North American Bird Conservation Initiative and the North American Wetlands Conservation Act.

Born in Brantford, Ontario and raised in Meaford, John enjoys outdoor pursuits, particularly canoeing, birding and cross-country skiing. He is also an avid traveller, having explored various parts of the world, including Japan, India, Africa, Southeast Asia and South America.

John is married to Ellen McRae, and has four step-children: Aimee, Scott, Ed and Melanie. He retired from his role as president and CEO of NCC on September 28, 2020.