Back from the brink 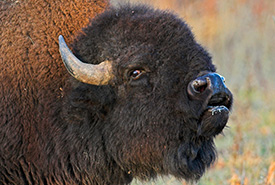 In May of this year, the United Nations released a Global Assessment Report on the outlook for species biodiversity worldwide. This report found that up to one million unique species are at risk of extinction due to human-related effects, such as climate change and habitat loss. The truth is, we are losing species at an alarming rate, and every day species are put at risk of disappearing from the Earth forever.

That’s where you and the Nature Conservancy of Canada (NCC) come in. Efforts to conserve and restore animal and plant populations in the wild are an ongoing and important part of our conservation strategy. And while addressing the underlying causes for population decline is a crucial step, we need more habitat protection and restoration to bring these species back from the brink of extinction.

Wildlife conservation efforts can take many forms — from captive breeding programs designed to boost populations to the restoration and protection of key habitats. Across Canada, species at risk are struggling to cope with the loss of native habitats, invasive species and rapidly changing climate patterns. But dedicated conservationists are working hard to restore populations and protect species biodiversity.

This is an excerpt of a story that first appeared in the fall 2019 issue of the Nature Conservancy of Canada Magazine. Donors who contribute at least $25 or more per year will receive four issues of the magazine. Click here to donate today and start receiving the magazine.