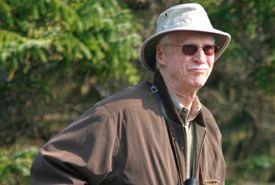 On December 31, 1947, an idea was born between Richard Ivey and his father that would impact Canadian conservation forever.

That idea was the Richard Ivey Foundation, now known as the Ivey Foundation, a private charitable foundation that focuses on improving the well-being of Canadians and supports charitable organizations in areas such as the environment and climate change.

Many Ontarians may not realize the importance of that initial idea, but today when you visit protected areas on Pelee Island, hike the trails in Algonquin Park or go birding at Clear Creek Forest, it is all thanks to a family with a passion for nature.

In addition to a namesake, an intergenerational love for nature has been passed down throughout the Ivey family. “Our family cottage was just north of Muskoka along Magnetawan River, in an area surrounded by forest,” says Richard Ivey. “We spent several summers there in my youth. It was an excellent teacher of nature.” 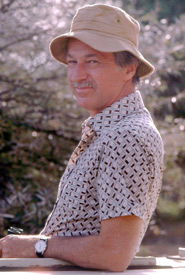 From those summers spent along the banks of the river, Ivey’s appreciation for nature grew and inspired a lifetime of work dedicated, in part, to protecting significant Canadian landscapes.

“Throughout the 1970s we turned our attention to environmental grants, first to the Nature Conservancy of Canada,” wrote Ivey in his 2014 memoir, A Meaningful Life (p.157). “[My wife] Beryl was particularly drawn to the environment, and we started working with the Nature Conservancy of Canada, helping them acquire and preserve unique properties in Ontario. One gentleman from the organization, Mr. Charles Sauriol, took us on tours of beautiful properties that the conservancy wanted to protect,” (p.159).

Charles Sauriol was the first director of the Nature Conservancy of Canada (NCC), from 1966 to 1987. Known by his NCC colleagues as Charlie, Charles built a fond relationship with the Iveys and grew to know them well, says John Riley, former NCC chief science officer and current board member of NCC’s Ontario Region. 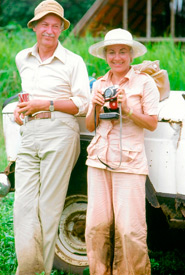 “Charlie once shared the story of how, in 1970, he took the train from Toronto to London and walked north to the Ivey home to introduce himself to Richard,” recalls Riley. “Richard and Beryl’s interest in the spectacular cliffs and waterfalls along the Niagara Escarpment, one of the conservation causes of the day, was stimulated as a result.”

Richard Ivey and his family’s contribution through the Ivey Foundation were essential in helping NCC secure and protect vulnerable lands in the Niagara Escarpment region. “They started buying land immediately, but soon came up with the idea of a personal visit to John Robarts, Ontario’s Premier at the time, to make a proposition,” says Riley. “Would the Province fund land securement along the Niagara Escarpment on the basis of a match of $3 of public funding for each $1 of Ivey funding?”

The Iveys had a particular interest in protecting these lands, having shared a long-time connection with the area.

“I could see the falls from the Ridley College campus, in St. Catharine’s, where I went to school,” remembers Ivey. “Shortly after we got married, my wife began acting in plays at the Grand Theatre and then became involved in the Shaw Festival, at Niagara-on-the-Lake. The area just became a part of our life together.”

Ivey and his late wife, Beryl, have been particularly supportive of NCC’s work to conserve lands in southwestern Ontario. Together with their foundation, the Iveys have contributed more than $5 million to land conservation in areas such as Pelee Island, Clear Creek Forest, Norfolk County and countless others.

“This was the first of many great partnerships, over the years, by which NCC has helped realize the conservation dreams of its supporters,” reflects Riley. “The Ivey family’s leadership, which Richard Ivey continues to this day, has inspired conservation across Canada.”

This story originally appeared in the Spring 2017 issue of the Nature Conservancy of Canada Magazine. To learn more about how you can receive the magazine, click here.