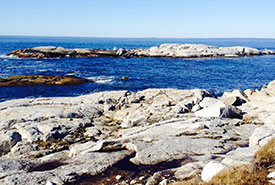 A majestic coastal landscape that includes eight types of habitat

Dr. Bill Freedman was an ecologist and former Chair of the Department of Biology at Dalhousie University, where he also served as professor emeritus. He was also a major figure with the Nature Conservancy of  Canada (NCC) as a board member and volunteer for more than 25 years. Dr. Bill, as he was affectionately known, passed away in 2015. The Dr. Bill Freedman Nature Reserve is dedicated to his memory and his contributions to NCC. 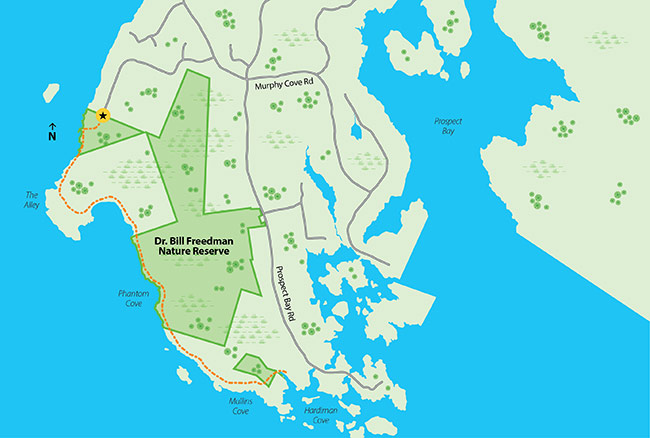 The popular 7.6-kilometre (round-trip) High Head Trail passes through four sections of NCC’s 133-hectare nature reserve. This moderately challenging trail winds in and out of forested pathways onto rocky outcrops, which provide breathtaking
views of the open ocean. Nova Scotia’s jagged southern coastline and several rocky islands can be seen in the distance.

The granite barrens found here purify massive amounts of ground water prior to its re-entry into the ocean. With its fresh sea breezes and panoramic vistas, the High Head Trail is a wonderful hike in the summertime and an ideal place for birdwatching.

On your journey, it is important to leave no trace behind and to stay on the well-travelled path outlining the coast. It is advised not to venture inland toward sensitive ecological habitat nor too close to the rocky cliffs.

This story originally appeared in the summer 2022 issue of the Nature Conservancy of Canada Magazine.