www.natureconservancy.ca > Home > Who We Are > Our Impact

The Nature Conservancy of Canada (NCC) believes that transparency and accountability are important to our donors and supporters. Through hard work and prudent management, we have ensured that on a five-year average, more than 75 cents of every dollar raised is directed to land conservation work.

For more than a decade NCC has received numerous positive ratings and awards from charity watchdog organizations; testaments to our careful management and transparency.

NCC is proud to announce that we have been certified as a Great Place to Work® from 2017-2021, after a thorough and independent analysis conducted by Great Place to Work® Institute Canada each year. This certification is based on direct feedback from employees, provided as part of an extensive and anonymous survey about the workplace experience.

NCC is also pleased to be included on the 2020 and 2021 lists of the Best WorkplacesTM Managed by Women. NCC received the honour following a thorough and independent analysis conducted by Great Place to Work®, which surveys employees of companies, government agencies and charitable organizations around the world.

NCC was included on the Charity Intelligence Top 100 Charity list in 2021. NCC was the only national private land conservation organization to earn top marks on the list: a five-star grade based on financial transparency, accountability to donors and cost-efficiency.

NCC has been named one of Canada’s  top 100 charities by Maclean’s Magazine.

The Charity 100 index evaluates what charities do with each donated dollar and how transparent they are about it. NCC scored a rating of 91.5 per cent, and is among the top three environmental charities in the country.

From 2010-2019 the Charity 100 Index was published by MoneySense Magazine. During that time NCC was consistently given an A grade or higher for transparency and efficiency.

NCC was pleased to receive Charity Intelligence's 4-star rating, with an A for donor accountability. The rating was based on their review of the fiscal year 2018. 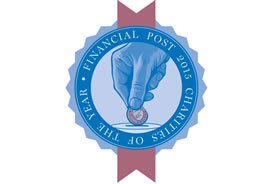 Financial Post's Charities of the Year

On December 7, 2017, the Financial Post issued its annual report card reviewing 2,500 Canadian charities. It named NCC as one of the top environmental and conservation charities in the country. NCC received a grade of A- for accountability and transparency.

In 2014 and again in 2015, Postmedia reviewed Canada's 86,000 registered charities and chose its Top 25 Picks. Of these, NCC was ranked the top ranked environmental charity two years running.

The top pick charities are noted for their efficiency, impact and transparency. The Post reviewed Canada Revenue Agency filings (2012), and rankings already published by Charity Intelligence. 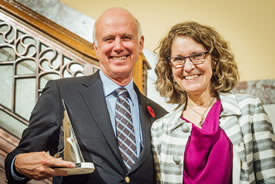 Nature Conservancy of Canada (NCC) President and CEO, John Lounds, received the 2016 Canadian Museum of Nature's Inspiration Award in the Individual Category. Lounds was among five Canadians on the shortlist. He is credited for connecting Canadians to nature and inspiring them to join in the protection and conservation of nature.

The award recognizes individuals and organizations that, through their work or specific projects, encourage Canadians to take an interest in natural history, create links with nature and contribute to its preservation.

In 2016 and 2017 the NCC website was a runner up in the Canadian Science Writers' People's Choice Award for Best Science site. 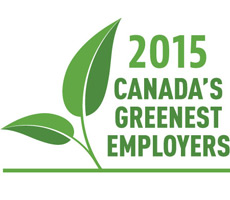 NCC was the only land conservation organization to have earned a 4-Star rating from Charity Intelligence (CI) in 2014.

A landmark study of Canadian environmental charities was released in August 2013. It named NCC among one of seven “Top Picks” for Canadians wishing to contribute to environmental organizations. 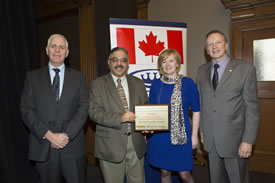 The Voluntary Sector Reporting Awards was created by the CPA-Queen's Centre for Governance with the Institute of Chartered Accountants of Ontario, to recognize Canada's best non-profit Annual Reports. NCC was a finalist in 2009, 2011 and 2013. This reflects our commitment to good governance and transparent reporting.

Independent consultants Stratos Inc. performed an evaluation and audit of the Natural Areas Conservation Program, as mandated by the Government of Canada. The review measured NCC's overall performance in achieving the outcomes of the program. It assessed the efficiency and effectiveness with which funds have been used. The report was exceedingly positive and found that NCC has achieved efficient and effective conservation from coast to coast.