www.natureconservancy.ca > Home > Who We Are > Publications > Magazine > Summer 2016

The nature of business 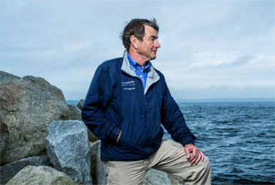 In 1970 Risley purchased a property on Nova Scotia’s South Shore, near Kingsburg. Gaff Point, another spot enjoyed by locals, was nearby. So when members of the Kingsburg Coastal Conservancy approached Risley in 2000 to assist in the conservation of Gaff Point — at the time split into 23 properties over 50 hectares (124 acres) with landowners in four countries — it was only fitting that he support their efforts.

But Risley was looking for an a long-term caretaker to assist in this project, which the Kingsburg Coastal Conservancy had attempted to secure for years. “They were a small group, and there was no guarantee that they would have a lasting presence,” explains Risley, “which is why I approached the Nature Conservancy of Canada (NCC).” 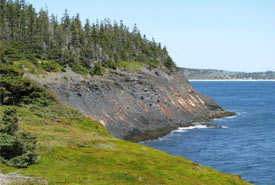 Today, Gaff Point remains a beautiful headland with impressive cliffs, conifer forest, heath and grasslands. Since his involvement in Gaff Point, Risley has supported a number of other NCC endeavours, bringing his considerable business acumen along with him. From 2007 to 2012, he served as the co-chair of NCC’s five-year A Force for Nature campaign. There is much that conservationists can learn from business,
says Risley.

“My attitude is: Canada has a very special brand. As Canadians we are humble folk, and we don’t like to boast. But resonant to this is our special brand of wilderness and nature with a wow factor that is unparalleled anywhere else in the world. We have a responsibility as Canadians to make sure this wow factor doesn’t disappear.”

When it comes to public awareness of the need for conservation, Risley believes times have changed over the past 20 years. He points to the growing notion of corporate social responsibility and notes that corporations are much more aware of their environmental footprint.

“We as humans have a better understanding of our impact on the environment, and it’s important that we work to leave it in a good state for our children and grandchildren. We used to assume that we would always have wild places. Now we know that’s not the case.” 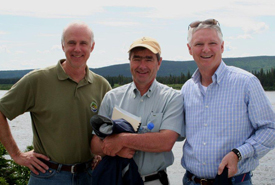 NCC is ideally positioned to help Canadians figure out what they can do to help the environment, says Risley. Central to NCC’s work is the notion of a lasting natural legacy.

“If you’re launching a campaign to preserve something for all time, that’s different than a campaign for a new building for a hospital or school.

“I’ve made lots of pitches on behalf of NCC to people who didn’t know the organization. I’ve told them, ‘You will go a long way to find an organization more professionally managed than NCC. NCC has sound principles, and can be trusted.’ I’ve been involved in a lot of charities. I’m happy to be in a position to lend my time and name to those organizations. But I’m most proud of my association with NCC,” says Risley. “The people are super, and the mandate fantastic.”

This story originally appeared in the Summer 2016 issue of the Nature Conservancy of Canada Magazine. To learn more about how you can receive the magazine, click here.