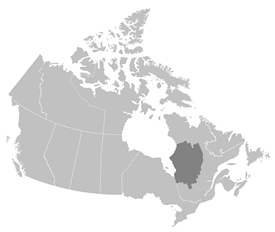 Figure 1. Eeyou Istchee is the traditional territory and homeland of the Crees in northern Quebec, spanning over 400,000 km2 inland from the eastern coastlines of James Bay and Hudson Bay (map by NCC).

Eeyou Istchee (Cree: ᐃᔨᔫ ᐊᔅᒌ / ᐃᓅ ᐊᔅᒌ) is the traditional territory and homeland of the Crees of northern Quebec (Eeyou/Eenou). It is home to more than 16,000 Crees residing in nine communities (a 10th community of Washaw Sibi will soon be formed).

From the dense boreal forests in the south, to the expansive wetlands along the coast, and the open tundra in the north, Eeyou Istchee provides habitats for wide-ranging mammals, such as caribou, moose, wolf and marten. It is also home to breeding and migratory birds, including abundant ducks and geese, and threatened shorebirds, such as red knot. This vast territory is largely intact, with free-flowing rivers and naturally functioning ecosystems. However, large-scale industrial developments, such as forestry, hydro-electric power generation and mining, occur throughout the territory.

In 2014, the Cree Nation Government and 10 Cree communities of Eeyou Istchee developed the Cree Regional Conservation Strategy to develop a plan for development and conservation in the territory. The vision of the strategy is to maintain strong ties to Cree culture, heritage, and way of life, and ensure food security for current and future generations. It also aims to sustain biodiversity by creating a large, interconnected network of protected and conserved areas in Eeyou Istchee. 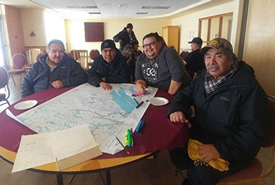 Since 2015, the Nature Conservancy of Canada (NCC) has been working with the Cree Nation Government (CNG) and the Cree communities of Eeyou Istchee to implement the strategy. NCC has helped by bringing together Cree Knowledge and values with leading-edge conservation planning tools and scientific knowledge to identify large, intact and hydrologically connected areas as candidates for new protected areas. Through meetings with Cree Tallymen (lead hunters and managers of family traplines), land users and other community members, and by providing technical support (mapping, developing and analyzing geographic data), NCC is helping the Cree Nation Government to create long-term conservation measures in their traditional territory. 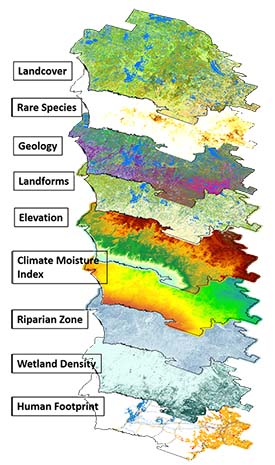 Figure 2. Geographic datasets developed by NCC in support of the Cree Regional Conservation Strategy for Eeyou Istchee (map by NCC).

Contributions by NCC to implement the Cree Regional Conservation Strategy include:

In December 2020, the Cree Nation Government and the Government of Quebec jointly announced protection of over 20 per cent of the Eeyou Istchee James Bay Territory under the Grande Alliance Agreement. This landmark announcement surpasses the Cree Nation Government’s initial goal of increasing protected areas network by 2.8 million hectares (6.9 million acres). This milestone is a culmination of many years of work by the Crees of the Eeyou Istchee assisted by NCC.

The Cree Nation Government is now at the beginning of the multi-step process that will lead to full legal protected status. A process involving delineation of the territories, drafting of conservation plans, and completing impact assessments on the natural and social environments as per the James Bay and Northern Quebec Agreement.

As they launch into the next steps and move toward the ultimate goal of obtaining permanent protected status, NCC will continue to offer our skills and expertise.