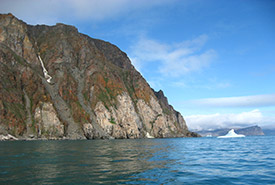 Tallurutiup Imanga is one of the Arctic’s most biologically productive marine areas. It is home to marine mammals, including seal, narwhal, beluga and bowhead whales, walrus and polar bear. The surrounding shores shelter some of the Arctic’s most important seabird breeding colonies, with populations in the hundreds of thousands. Tallurutiup Imanga is also home to Inuit from the communities of Mittimatalik (Pond Inlet), Ikpiarjuk (Arctic Bay), Aujuittuq (Grise Fiord), Kangiqtugaapik (Clyde River) and Qausuittuq (Resolute), who rely on its abundance of wildlife for their economic and cultural well-being.

In partnership with Shell Canada, in 2016 the Nature Conservancy of Canada (NCC) helped to relinquish exploratory oil and gas permits representing more than 8,600 km² (860,000 hectares) north of Baffin Island, at the eastern entrance to the Northwest Passage. 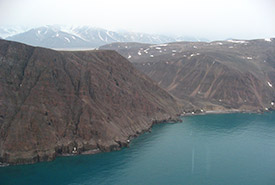 More specifically, NCC’s support included accepting the voluntary release by Shell Canada of 30 offshore exploratory oil and gas permits near Tallurutiup Imanga; and subsequently releasing those permits to the Government of Canada. This facilitated the expansion of the marine conservation area to the larger boundary proposed by the Qiqiktani Inuit Association. 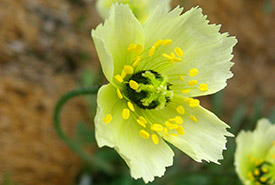 The expanded boundary for Tallurutiup Imanga National Marine Conservation Area measures 109,000 km² — more than twice the size of Nova Scotia. It was formalized in August 2019. Tallurutiup Imanga is now one of the world’s largest marine protected areas.