www.natureconservancy.ca > Home > Who We Are > Publications > Magazine > Fall 2022

Walking together on the land

NCC is committed to working alongside Indigenous Peoples, who have cared for the natural areas, plants and wildlife that have sustained them for millennia.

In working alongside Indigenous communities over the last several decades, the Nature Conservancy of Canada (NCC) has learned invaluable lessons and gained new perspectives and approaches to becoming better caretakers of the land. We have also had the unique opportunity to contribute the skills we have acquired by assisting Indigenous communities and Nations in achieving their conservationand stewardship goals.

By collaborating on the land now and in the future, we will continue to build meaningful relationships that are grounded in mutual respect and the desire to achieve significant and lasting conservation outcomes, both as conservation leaders and as an ally in Indigenous-led conservation.

NCC honours the role of Indigenous leadership in conservation (past, present and future) and is committed to supporting Indigenous conservation initiatives, including collaborating with Nations and other partners to find pathways to establishing Indigenous Protected and Conserved Areas across Canada. Organizations like NCC can learn from Indigenous Nations and their experiences since time immemorial in caring for the land and all it sustains.

We believe by working together, and being supporters of Indigenous-led conservation, we can achieve  great things in restoring and conserving the natural environment that we collectively value.

April 2021, NCC joined the Tahltan Central Government, Province of BC, Skeena Resources Limited and BC Parks Foundation in announcing the creation of the 3,500-hectare Tenh Dzetle Conservancy in northwestern BC. The five partners worked together to remove outstanding mineral claims from an area of high biodiversity that is also sacred to the Tahltan, enabling its permanent protection for future generations. This represents the first step in the multi-year Tahltan Stewardship Initiative, which aims to bring greater self-determination to the Tahltan Nation and support their land stewardship goals. 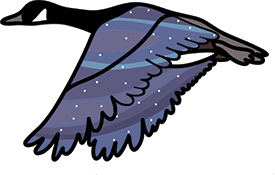 Since 2015, NCC has assisted the Cree Nation Government (CNG) to help implement the Cree Regional Conservation Strategy. The vision is to maintain Cree culture, heritage, way of life and food security. NCC supported CNG’s leadership by bringing Cree knowledge and values together with conservation planning tools. This enabled CNG to propose 23 Cree-led protected and conserved areas in their traditional territory, which were protected by the Quebec Natural Heritage Conservation Act in 2020. 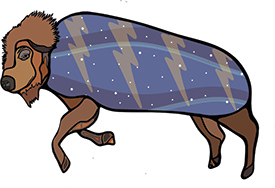 In 2022, NCC supported The Key First Nation with the translocation of 40 mashkode-bizhiki (plains bison) (20 from Old Man on His Back Prairie and Heritage Conservation Area and 20 from Grasslands National Park) to support efforts to re-establish a herd on their Nation’s reserve lands in east central Saskatchewan. Re-establishing the relationship of these animals with The Key First Nation enables Indigenous-led conservation of a threatened species, including through Indigenous ecological knowledge, partnerships and improved cultural and socio-economic opportunities within the community.

Indigenous Protected and Conserved Areas (IPCAs) are areas where Indigenous governments, communities and Nations have the primary role in conserving and managing ecosystems through Indigenous laws, governance and Traditional Knowledge systems. These areas help reinforce Indigenous connection and culture that is deeply rooted in the land. IPCAs represent Indigenous sovereignty and vision for  the land.

IPCAs are a pivotal part of the conservation landscape in Canada and their recognition is necessary to help counter the threats of climate change and biodiversity loss. They also provide an opportunity for nation-to-nation Reconciliation and land-based healing between Indigenous Peoples and non-Indigenous people. Indigenous-led conservation through the creation of IPCAs is built on reciprocal relationships between people and the lands, waters and species to live harmoniously together for the long term.

This story originally appeared in the fall 2022 issue of the Nature Conservancy of Canada Magazine. To learn more about how you can receive the magazine, click here.