www.natureconservancy.ca > Home > Who We Are > Publications > Magazine > Winter 2021 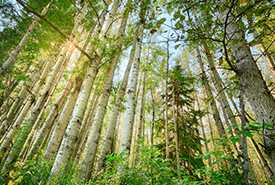 Thank you for supporting the Nature Conservancy of Canada’s Landmark Campaign. Together, we mobilized to deliver a historic and lasting impact for nature. Thousands of Canadians, from coast to coast to coast, took conservation into their own hands and gave to save the lands and waters that sustain us all.

18,000 volunteers rolled up their sleeves to care for nature.

Launched the careers of young conservation leaders, through over 460 internships.

More than 300,000 Canadians connected to nature

Protected habitat for 130 species at risk

This story originally appeared in the Winter 2021 issue of the Nature Conservancy of Canada Magazine. To learn more about how you can receive the magazine, click here.