The Nature Conservancy of Canada (NCC) is pleased to learn that one of their senior colleagues and a Landmark Campaign volunteer have received one of the country’s highest honours — the Order of Canada. Both were included on the 2020 list of recipients.

Michael Bradstreet, NCC’s former senior vice-president of new conservation strategies, retired from NCC in spring 2020 after close to 13 years in senior roles with the organization. Prior to joining NCC, he served as president of Birds Canada (formerly Bird Studies Canada). Over the course of his career, he made a number of other significant contributions to wildlife and habitat research and conservation across Canada.

Michael is recognized as a Member of the Order of Canada, “for his leadership in the protection of natural habitats and for his innovative bird conservation initiatives.” 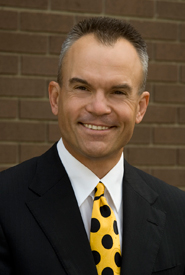 In turn, long-time NCC volunteer and president and CEO of Concorde Group Corp., David Dubé, is recognized as a Member of the Order of Canada, “for his contributions to business and for his multifaceted philanthropic involvement within his community.”

“I’m so proud that Michael and David are being recognized for their tireless efforts to protect nature and build community,” says Lisa McLaughlin, NCC vice-president, conservation policy and planning. “Their leadership has been an inspiration for all of us at NCC. We’re thrilled that that they are getting the appreciation that they richly deserve.”

NCC congratulates Michael Bradstreet and David Dubé on receiving the Order of Canada for their outstanding achievements and dedication to protecting Canada’s natural heritage and their community service.