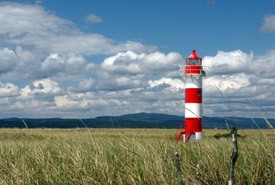 Canada’s East Coast includes the island of Newfoundland, Prince Edward Island, Nova Scotia and the majority of New Brunswick. The East Coast evokes stunning images of natural and cultural features along the Atlantic Ocean. Most of the landscape is characterized by second-growth Acadian forests, which are dominated by sugar maple, American beech, yellow birch and red spruce. Boreal forests of white and black spruce and balsam fir occur in Newfoundland. 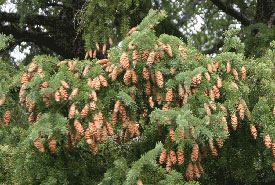 Small lakes and wetlands are common throughout this region. The East Coast also boasts lush coastal habitats, including estuaries and salt marshes, open rocky barrens, bogs, islands and eel-grass beds. These marine habitats are renowned for their richness and the abundance of seabirds, marine mammals and fishes found in them.

The Nature Conservancy of Canada (NCC) is protecting a significant amount of land in this region.

Land use on the East Coast is dominated by resource industries, such as forestry and mining. Agriculture is concentrated in the rich lowlands of Prince Edward Island, northeastern New Brunswick and Nova Scotia’s Annapolis Valley. 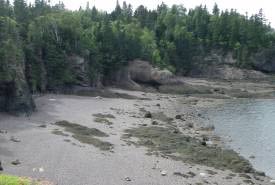 Despite significant human development in the region, the East Coast remains dominated by forests, particularly in the more rugged uplands. Most of the agriculture and settlement in this region occur within the coastal lowlands and along river valleys.

Acadian forests have a long history of human use, and forestry is important for many local economies. Most of these forests have been harvested several times, and less than one per cent of original old-growth forest remains today.

The East Coast is a rich ecosystem and is one of the most productive marine systems in the world. Each year millions of shorebirds migrate along the East Coast. Several rare species, including piping plover and roseate tern, nest here.

NCC has conserved more than 18,000 km² on the East Coast, including habitat for many of the 248 species of birds in the region. Currently, NCC is working in several natural areas that require urgent action to conserve their natural ecological features and the species they sustain. These include:

Five facts about the East Coast 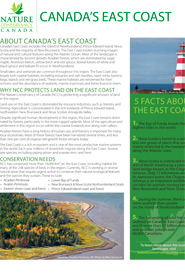 NCC’s conservation work on the East Coast has contributed to the protection of important forest, salt marsh, wetland and beach habitats as well as Atlantic salmon habitat. NCC is also working to protect and manage old-growth forests, which are very rare in the region, and is connecting important habitats for species, such as moose and Canada lynx.