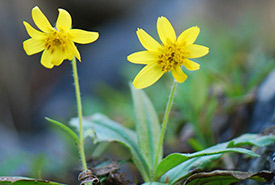 Lake Louise arnica is a small, perennial herbaceous plant in the sunflower family, named for Lake Louise in the Canadian Rockies.

The stem of the Lake Louise arnica reaches between five and 20 centimetres in height and has a rosette of narrow green leaves at its base. Its flowerheads are yellow with soft, hairy petals. Lake Louise arnica flowers from July to August.

This species’ pale-yellow colour and drooping shape help distinguish it from similar arnica species in the region. 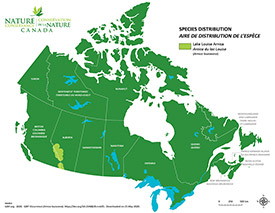 Lake Louise arnica is unique to Canada and is found only in the Canadian Rockies of Alberta and BC. It grows in alpine meadows and on rocky, exposed slopes at high elevations.

This species is globally imperiled with observations in only about 20 locations.

The Nature Conservancy of Canada (NCC) protects natural areas that provide habitat for Lake Louise arnica, including the Castle-Crowsnest Watershed area in Alberta and the Flathead River Valley in British Columbia.