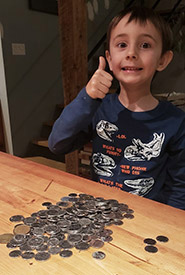 You’re never too young to protect nature. Take Matyas Henn, age 4, who recently donated all of his pocket money to the Nature Conservancy of Canada (NCC).

Matyas is a curious little boy who wanted to know all about his mother’s job. She works as a project manager for the Northern Green Mountains at NCC’s Quebec Region. One day he asked her how NCC helps animals.

“NCC raises money to protect the animals’ home — in other words, the forests, rivers, fields and lakes,” his mother, Cynthia, explained. “Some people donate land to NCC, while others give money so we can buy land in areas with these types of environments.” 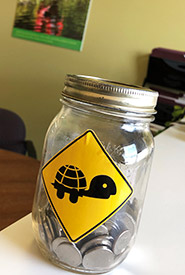 Sensing the scale of the project, Matyas replied, “But that must be expensive! Who pays for it?” When Cynthia explained that anyone can make a difference by donating whatever they can, Matyas got an idea. “Wait a minute!” he said, heading to his room. A few minutes later he emerged with $19.75 in pocket money he’d been saving over the weeks. With a big smile and a twinkle in his eye, he told his mom that he wanted to make a donation to NCC.

Thank you, Matyas, for your generosity! Your donation will help protect vital habitats for many animal species, including lynx, fisher and black bear. The future of our natural environments is in good hands, thanks to people like you.

We look forward to hearing about your discoveries in nature! 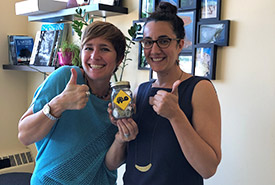