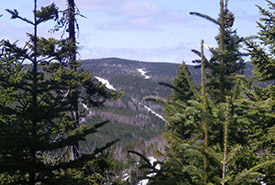 The area of Forillon National Park is insufficient to ensure the long-term survival of some of its animal populations. Mammals with large home ranges, such as moose, white-tailed deer, bears, fisher, American marten and Canada lynx, must cover vast territories to meet their needs. Canada lynx, for example, must have access to an area of at least 70 square kilometres to ensure its survival. The wooded areas on either side of Route 197 are the only links allowing them to move from one natural space to another, which is why the Nature Conservancy of Canada (NCC) is leading several initiatives in the area, notably by making residents aware of the importance of protecting the Forillon ecological corridor. Consolidating this vast ecological corridor helps conserve the natural links between the habitats of these species and will allow for their long-term protection.

Since 2012, NCC and our partners have protected 207 hectares (512 acres) of woodlands located along Highway 197, between Forillon National Park and public lands. A major victory in the effort to conserve this priority area! 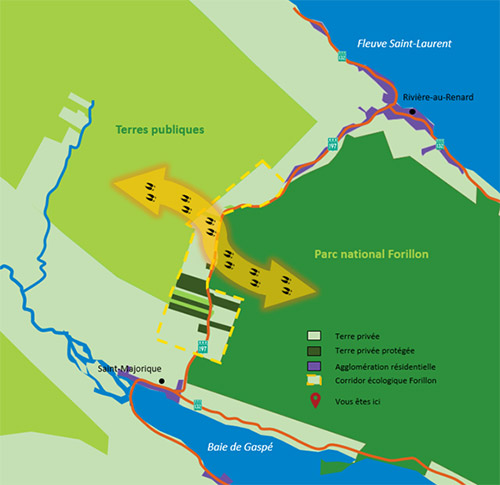 A virtual conference was held on January 26, 2021, to announce the acquisition of more than 35 hectares (86 acres) of natural environments near Forillon National Park. We invite you to learn what NCC experts have to say and to explore this corridor, essential to the movement of Canada lynx and several other species.

Located about 15 kilometres from downtown Gaspé and five kilometres from Rivière-au-Renard, these lands provide continuous forest cover dominated by balsam fir, white spruce and red maple. Some of its forest stands are more than 80 years old!