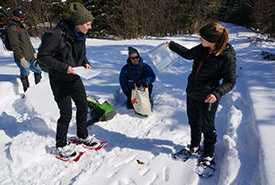 The conservation of the vast Kenauk property, which is populated by huge forests, several dozen lakes and a great variety of species, has been made possible thanks to a partnership between the Nature Conservancy of Canada (NCC) and Kenauk Nature. The Kenauk property, located halfway between Ottawa and Montreal, spreads over 260 square kilometres. Deeply rooted in Canadian history, it once belonged to the famous Louis-Joseph Papineau.

To uncover the property’s secrets, NCC staff conducted detailed inventories in collaboration with botanists, zoologists and ecologists. After five years of research, Kenauk’s greatest secrets are coming to light. To date, more than 70 rare species have been reported here!

The collaboration between NCC, Kenauk Nature and the Kenauk Institute is proving to be very worthwhile. Work could not have been achieved on this scale without the involvement of these partners, not to mention the participation of countless volunteers who support NCC’s mission.

1. Precambrian marble and its unique flora
The Kinonge (Salmon) River valley shelters unique flora. Showy orchis and walking fern were among the many rare plants identified by botanists. 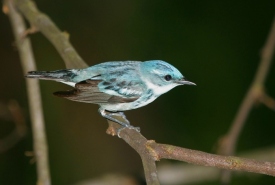 2. Cerulean warblers
Ten volunteer birdwatchers managed to identify 155 bird species. The cerulean warbler, which may live in the valley's tallest tree, was heard once in 2016. Several species worthy of mention have also been spotted, including eastern whip-poor-will, olive-sided flycatcher and bald eagle.

4. Lake Papineau and its flora
Our botanists have identified several rare plants on the shores of Lake Papineau. Interestingly, some of them had no known occurrence in this area until now. Their presence is, among other things, an indicator of the well-preserved integrity of the water bodies and shores of the Kenauk property.

5. Sustainable recreational fishing in Kenauk
The aim of this project is to understand the spatial ecology, population and fishing dynamics of lake trout, rainbow trout and bass in Lac Papineau. The project will provide the data and tools necessary to identify sustainable conservation strategies that will help ensure high-quality fishing on Lac Papineau while protecting its natural assets for future generations.

6. Oak forests, possibly hosting rare American Cancer-root
Several hundred American Cancer-root plants have been recorded among the property’s southwestern oak forests. Such a high occurrence of the plant, which has no chlorophyll, suggests that this is one of the greatest populations of this species in Quebec.

7. Pearl mussel
The pearl mussel, a rare species indicative of an undisturbed environment, has recently been observed in the Kinonge River. This is the most westerly observation in Canada. This new information makes it possible to revise the species’ range.

8. Bats
The presence of eight species of bats listed in Quebec has been confirmed by a team of researchers from McGill and Concordia universities. 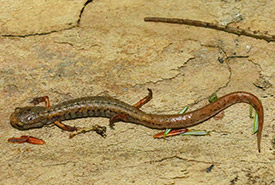 10. Large mammals and wildlife corridors
NCC, in collaboration with Éco-corridors laurentiens, conducted connectivity analyses to map ecological corridors that large mammals, such as wolf, bear and moose, could use to move between Kenauk and the protected properties in the Northern Laurentians. Projects to track moose and wolf populations are also ongoing.