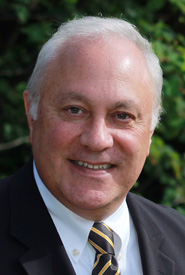 The Nature Conservancy of Canada (NCC) in Quebec was fortunate to have a top-notch manager at its helm for five years. In his role as vice-president for the Quebec Region from 2017 to 2022, Jean Laporte brought about a number of changes and improvements. Under his expert guidance, the organization’s internal structure evolved, as did our team, which grew by 62 per cent during his mandate.

Jean helped to establish a number of key partnerships and position NCC favourably with the Quebec government, allowing the organization to secure major grants. A seasoned businessman, he shared his knowledge and experience with our future managers in several regions across Canada, making sure to leave NCC in good hands after his departure.

He was proud to promote the French language within a national organization and made sure that employees and donors were always able to communicate in their language of choice.

Jean Laporte is leaving NCC to take up new challenges, but his involvement, values and expertise will long remain with the NCC team in Quebec.