www.natureconservancy.ca > Home > Who We Are > Publications > Magazine > Summer 2019

There's an app for that 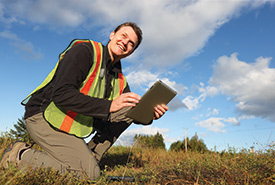 New technologies, like the iNaturalist app, are empowering nature lovers across Canada to contribute to the science of conservation

“It’s pretty common to find a raccoon or porcupine along this stretch,” he says. “I’m surprised we haven’t seen one yet. Pull over and we’ll walk a bit so I can check the ditches.”

I ease the car well off the pavement and park. Cheeseman climbs out, pulls a bright yellow safety vest from the trunk and slides it on. “Safety first,” he says, snapping the enclosures. Then, tablet in hand, he ambles along the shoulder, peering into the long grass at the roadside.

Roadside reconnaissance wasn’t something he pictured himself doing while studying for his master’s of environmental studies at Dalhousie University. But here he is. Monitoring this stretch has been part of Cheeseman’s routine twice a month, from spring to fall, since he started volunteering with the Nature Conservancy of Canada’s (NCC’s) WildPaths Maritimes project last year. He regularly travels this route to visit family along the Northumberland Strait.

WildPaths Maritimes depends upon help from volunteers like Cheeseman, who regularly cruise highways in southeastern New Brunswick and record wildlife sightings (dead or alive) on a powerful mobile application called iNaturalist. The ultimate goal of the project is to identify roads within the Chignecto Isthmus region — a narrow neck of land connecting New Brunswick and Nova Scotia — that present the greatest barriers and dangers to wildlife movement. Then scientists can work to find safer solutions for both animals and people. 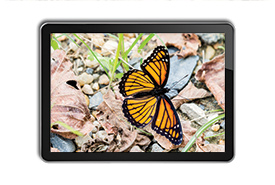 “The isthmus is a critical linkage for a variety of animals,” says NCC’s New Brunswick program director, Paula Noël. “Its geography makes it a natural bottleneck for wildlife. However it’s now even more constrained because of roads, housing developments, agriculture and forestry.” Noël adds that if scientists can determine the areas where animals are most likely crossing highways, then mitigation tools, such as culverts or fencing, can be installed. “This will make it safer for the animals, and the people who are driving along this section of road. This is where volunteers and iNaturalist play a crucial role,” she explains. Noël adds that the information the volunteers gather will be provided to the provincial transportation department. This can help identify where there are problems. In some cases NCC can protect habitat and work with the province to find ways to mitigate these problems.

Beyond the value of the isthmus as a natural wildlife corridor, the Moncton/Dieppe/Shediac region, to the west of the isthmus, is of particular interest because it’s the fastest growing community in Atlantic Canada. A growing economy means more urban expansion into outlying areas. NCC wants to ensure future development plans recognize the importance of conserving areas for the movement of wildlife. Should the habitat connectivity of the isthmus be lost, many of Nova Scotia’s wildlife species, such as moose, would become landlocked. This could reduce their genetic diversity.

“But we have a chance to make a difference now,” says Noël. “While there’s still habitat, there’s a chance to build a network of protected areas. Solid scientific data, such as the information Cheeseman is collecting, helps inform smart road design and land-use planning. This helps wildlife safely cross roads.”

WildPaths Maritimes, which was modelled after WildPaths Vermont, is part of the larger, international Staying Connected Initiative (SCI). SCI is a coalition of organizations in northeastern U.S. and southeastern Canada looking to protect wildlife corridors. SCI partners in Quebec (including NCC) manage two projects: carapace.ca, which collects data on turtles along roadways, and Stop Carcasses, which also looks for hot spots where wildlife cross roads. All of these projects can be found on iNaturalist, and anyone can join and contribute data to them.

This is an excerpt of a story that first appeared in the summer 2019 issue of the Nature Conservancy of Canada Magazine. Donors who contribute at least $25 or more per year will receive four issues of the magazine. Click here to donate today and start receiving the magazine.