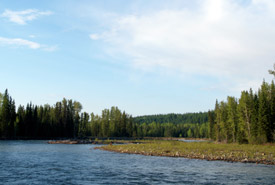 "Water. Canada. The words are as inextricably linked in our Canadian culture as maple and syrup, or Stanley and Cup. And despite our reverence for the liquid of life, the evidence is compelling that we are over-using and abusing water, to our collective environmental and economic detriment…’’  ~ David Boyd (2004) in the foreword to The Future in Every Drop.

An ecosystem at risk

Although 70 per cent of Earth is covered in water, only three per cent is fresh water found in lakes, rivers, wetlands, glaciers and groundwater. Ten per cent of all known animals on Earth rely on freshwater ecosystems. Beyond fish, fresh water provides habitat for turtles, frogs, snails, molluscs, birds, beavers, otters and various insects. Unfortunately, freshwater wildlife populations have declined by an average of 84 per cent since 1970, faster than any other biome on Earth. Nearly one third of these species are now threatened with extinction. 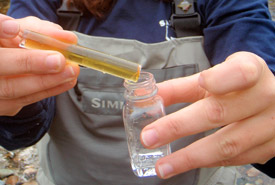 While much is known about Canada’s terrestrial ecosystems, and a well-established land-based classification system exists, surprisingly little is known about aquatic ecosystems. However, just as a coastal western hemlock forest is different from a spruce-willow-birch forest, not all rivers and not all lakes are alike in their physical habitat, hydrologic regime (distribution and movement of water over time), water chemistry and temperature, connectivity or interactions of organisms. The diversity of freshwater organisms across Canada is a testament to the diversity of our country’s river and lake ecosystems. Yet, surprisingly, no established freshwater ecosystem classification exists. For proper freshwater conservation, it is essential to characterize these river and lake ecosystems based on their dominant environmental processes, physical habitat and what is known of the species found there.

What is NCC doing to protect freshwater ecosystems?

The Nature Conservancy of Canada (NCC) has been leading the way in the development of ecosystem classifications for rivers and lakes throughout the entire province of British Columbia as well as the Ontario portion of the Great Lakes basin.