Reginald Hill: A forest worth protecting 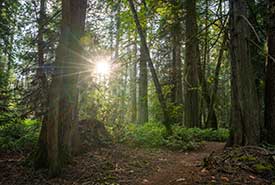 The Nature Conservancy of Canada (NCC) is currently pursuing a compelling conservation opportunity on Salt Spring Island, British Columbia, the largest of the Southern Gulf Islands.

The Southern Gulf Islands are famous for their dry, Mediterranean-like climate and beautiful coastal environment. The region lies within Coast Salish territory and nurtures one of Canada’s rarest ecological communities—Coastal Douglas-fir forests.

As the most populous — and popular — Gulf Island, Salt Spring faces increasing pressures on its natural lands. Private land conservation plays a key role in protecting forests here. Right now, NCC has a tremendous opportunity to protect 161 hectares of intact forest on the south end of the island.

Overlooking the south end of Salt Spring Island, the Reginald Hill property nurtures an exceptional example of the Coastal Douglas-fir forests that once blanketed the whole of the island. 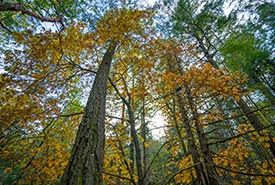 Reginald Hill is a sprawling property that can be explored via a gentle trail that circles through the dense forest and open meadows. Pockets of ancient Douglas-fir, arbutus and Garry oak persist here, harbouring many plants and animals that rely on this unique ecosystem for survival.

The forest is regenerating from a history of selective logging in the 1940s and a small amount of eco-forestry in the 1990s. Despite past use, the ecosystem continues to support a thriving diversity of wildlife typically found in Coastal Douglas-fir forests. Conserving this forest will allow it to continue to mature and build old growth characteristics over the coming centuries.

The property is largely surrounded by undeveloped land, including lands protected by conservation covenants, a municipal park and reserve lands administered by the Tsawout First Nation Lands Department. It is also close to two provincial parks and two conservation areas already held by NCC. This connectivity with other natural lands increases the effective area of protection and improves connectedness for wildlife movement.

Maintaining the natural land cover prevents excessive erosion and runoff, protecting creek flows and the natural filtration process that supports clean drinking water for people and wildlife alike. Several species at risk have been documented in the area, highlighting the importance of the habitat found here.

In addition to significant ecological value, Reginald Hill holds high cultural value, which will benefit from the land being managed for conservation.

A significant and rare ecosystem 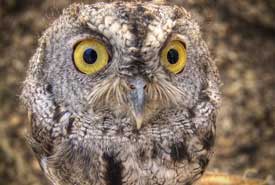 The woodland ecosystems that exist on Reginald Hill are representative of the Coastal Douglas-fir bio-geoclimatic zone, one of the most imperilled ecosystems in Canada.

Coastal Douglas-fir ecosystems are considered globally imperilled by the BC Conservation Data Centre. They are among the most productive forest types in BC and provide habitat for many plants and animals found nowhere else in the province. Seasonal streams, vernal pools and wetlands add crucial ecosystem and habitat diversity.

These forests also help to clean the air, including absorbing atmospheric carbon, and filter groundwater. They support the resilience of local food systems by providing habitat for pollinators and other insects. They offer benefits to human health and culture by providing opportunities for recreation, education, and mental and spiritual well-being

With less than one per cent of these forests currently remaining as old growth (250+ years), protecting the mature forest (81 to 250 years) on Reginald Hill will contribute to building a thriving future for the Coastal Douglas-fir ecosystem in BC.

Safeguarding habitat for species at risk

Reginald Hill contains several at risk ecological communities, each of which supports many plant and animal species, which are themselves threatened or endangered. These species at risk encompass many trophic levels in the food chain and include:

Reginald Hill presents an exciting opportunity to build toward a natural and thriving future in BC’s Southern Gulf Islands. 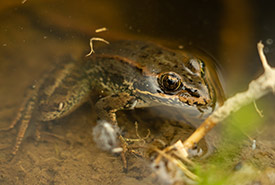 As we face the twin crises of biodiversity loss and a changing climate, it has never been more important to conserve forests and steward them well into the future. Conserving Reginald Hill will make a tangible contribution to our collective need to nurture a new balance with nature.

NCC believes that in a world where nature thrives, people thrive. We invite donors to join us to create a lasting conservation outcome from Reginald Hill, one that keeps the old trees standing, supports rare plant communities, celebrates cultural resilience and sustains crucial wildlife habitat.

The Nature Conservancy of Canada may direct all or a portion of gifts committed to the Reginald Hill project to the West Coast Program Area or to the BC Stewardship Endowment Fund.  Donations allocated to the West Coast Program Area will support the growth and strategic impact of the Nature Conservancy of Canada’s work across the program area. Revenue generated by the BC Stewardship Endowment Fund provides for long-term management on all NCC properties across British Columbia, including Reginald Hill. NCC Charitable Registration No: 11924 6544 RR0001