Chronicles of Kenauk: Land donations and a symphony orchestra for youth 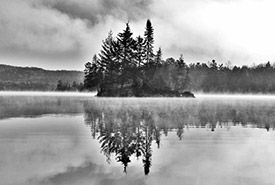 Kenauk’s exceptional forests are among of the richest and most diverse in Canada. You may think that the Nature Conservancy of Canada’s (NCC’s) goal is to protect Kenauk’s habitats and its incredible wildlife, and it is. But there’s more! We also work to connect young people — the leaders of tomorrow — with Kenauk's awe-inspiring beauty and mysteries. That’s why we’re partnering with the Kenauk Institute to create the world's largest open-air research and education laboratory located in a temperate forest.

Not only will universities conduct cutting-edge climate research here, but the institute’s educational programs will give kids and teens the opportunity to visit, learn and take part in the fascinating world of natural science.

When music meets ecology and youth 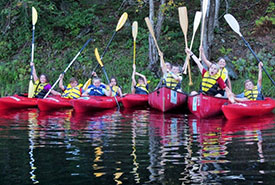 What happens when music lovers, conservationists and humanitarians meet to fulfill a common goal? The result is the Gala de la Terre, pour les enfants benefit concert on June 22, 2022, in support of  NCC, the Sierra Club Canada Foundation and Unicef Canada! The Orchestre de l’Agora, an orchestra whose members are also agents of change in the community, will deliver a classical performance to raise funds for the organizations’ respective projects.

NCC’S goal is to connect youth with Kenauk’s incredible biodiversity. Together with the Kenauk Institute, we endeavour to create a state-of-the-art research facility in Kenauk as well as educational programs for elementary and high school students.

The event will feature musicians and children’s choirs in the beautiful setting of the Maison symphonique in Montreal’s Place des Arts. Tickets will go on sale soon on the Gala de la Terre’s website, and people can also donate to the campaign there.

Protecting the largest lake in the Kenauk territory 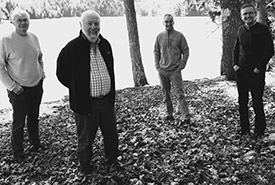 A true gem of nature located in the northeastern part of Kenauk, Lake Papineau’s numerous bays and islands are a haven for biodiversity. The wetlands are hubs of wildlife, and the lake’s shores are home to rare and old-growth forests. Fortunately, the lake and surrounding area will be protected thanks to four families who are donating their vast lakeside properties: the families of Doug Harpur, Dominic Monaco, Patrick Pichette and Mike Wilson, the four partners who own Kenauk Nature and who founded the Kenauk Institute.

Determined to conserve this natural area for future generations, they are coming together in a common mission: “We understand the ecological value of Lake Papineau and its surroundings and how much it means to the community here in Kenauk, but also how sought-after it is for development. By handing over our land to NCC, we know that the area will remain intact for generations to come. We can only accomplish this by working together and we’re proud to do so,” said Patrick Pichette, who will also be leading a fundraising campaign for NCC’s conservation projects in Kenauk.

“Our intent is to eventually protect the majority of Kenauk’s 26,300 hectares (65,000 acres),” explained Patrick. “We have agreed to a step-by-step plan with NCC, and this next step — transferring the land — is important for removing development rights, which can jeopardize the future of this wilderness.”

Kenauk is part of a vast wildlife corridor extending north to Mont Tremblant National Park and south to Plaisance National Park on the Ottawa River.

“We wish to see this wildlife corridor remain intact for the long term, and NCC has helped us understand that Kenauk is vital in this mission. By 2030, combined with the provincial government’s goal to protect 30 per cent of the area, Kenauk Nature, NCC and the provincial government will have protected more than 90 per cent of Kenauk for the common good,” added Patrick, who has been a generous supporter of NCC’s Leave Your Landmark Campaign.

This year’s donation will add close to 1,200 hectares of natural area to the 6,150 hectares already protected by NCC. Combined, NCC will protect 23 per cent of Kenauk’s territory. By stewarding this land, not only can we protect its habitats for the species that live there and for future generations, but we can also cultivate a sense of wonder and respect for natural areas, which are important to our well-being. 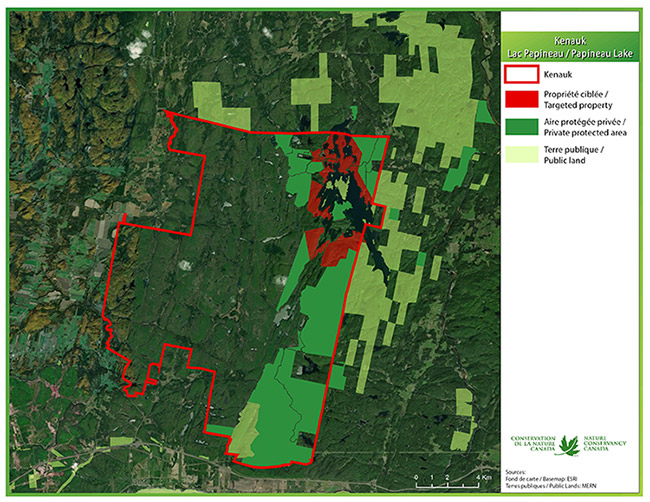 Thank you to the generous donors who support our work to conserve Kenauk and spark a passion for nature in students!