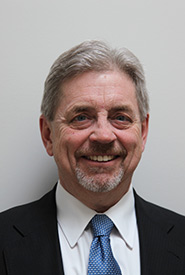 Hal Kvisle has nature in his blood. As the son of a biologist and dedicated conservationist, Hal grew up hiking and canoeing in the southern Alberta foothills and Red Deer River Conservation Region.

“The Red Deer River has carved a magnificent landscape through Alberta’s prairie lands, offering wonderful habitats for many species of birds and large mammals,” he says. “Every time I visit on foot or by canoe, I’m astounded by its immense natural beauty.”

Hal’s favourite river haunt is also a priority for the Nature Conservancy of Canada (NCC). NCC has been actively working to conserve habitat within the Red Deer River Conservation Region, which is home to the highest density of intact parkland in central Alberta, for more than a decade. Working together with landowners, partners and sponsors, NCC has conserved more than 3,100 hectares (7,640 acres) of native grasslands and wetlands.

One of those sponsors is TransCanada Pipelines (now TC Energy), a company Hal oversaw as president and CEO from 2001 until 2010.

While incongruous to some, Hal sees his twin loves of nature and energy to be in perfect harmony. By supporting NCC’s work through TransCanada Pipelines and as an individual donor and leadership volunteer — he co-chaired NCC’s $750-million Landmark Campaign and has served on NCC’s board since 2007, including two years as chair — he hopes to send an important message about the energy industry and its leaders’ commitment to climate-change solutions.

Hal is especially passionate about NCC’s campaign to protect a critical wildlife corridor in southwest Alberta. Named in memory of the late Alberta premier, the Jim Prentice Wildlife Corridor Legacy Project will help conserve and connect one of the last internationally significant wildlife corridors in the Crowsnest Pass.

“We need to conserve more of these large, wild landscapes, where threatened species have room to move, to offset the impact of large urban areas, major highways, expanding airports and a growing human footprint,” Hal says of the project, which he continues to champion. “The conservation of beautiful wild places is the real inspiration — we must protect Canada’s natural endowment, and supporting NCC is the best way to do that.”