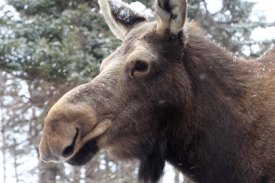 For a long time, the swamps, bogs and marshes that make up wetlands were thought of as wastelands. Over centuries, many wetlands were drained or filled for agriculture and development, and peat was extracted to be used for fuel and gardening. Today, less than two-fifths of Ontario’s original wetlands remain, with losses in some areas as high as 80 per cent.

Now, wetlands are internationally recognized as habitats that support biodiversity and provide key ecosystem services that help slow the effects of climate change. Wetlands store carbon and improve the quality of our waters. They act like giant sponges, slowing drainage from developed areas, reducing floods, filtering out pollutants and trapping sediments. 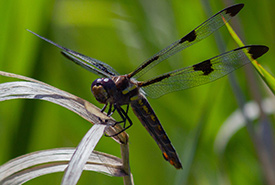 With an increase in storm events and dramatic changes in precipitation caused by the climate crisis, protecting wetlands has never been more important. In order to ensure clean drinking water and dry basements for humans, a stable climate and habitat for wildlife, we need to act now to conserve our remaining wetlands. 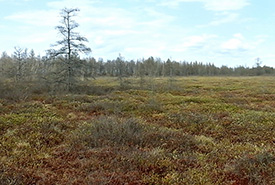 Alfred Bog, ON (Photo by Wikimedia)

Located an hour east of Ottawa, Alfred Bog is the largest bog of its kind in southern Ontario. Bogs take thousands of years to form and store vast amounts of carbon in peat.

Local concerns around peat extraction led to community efforts to start protecting Alfred Bog in the 1980s. Since then, NCC and partners such as the Ottawa Field-Naturalists’ Club, Ontario Parks, South Nation Conservation and Vankleek Hill & District Nature Society have worked to protect over 3,300 hectares (8,150 acres) within the bog.

Alfred Bog is home to many plants and animals, including moose, waterfowl, turtles and orchids. It is classified by the Ontario Ministry of Natural Resources and Forestry as a provincially significant wetland and an Area of Natural and Scientific Interest.

With the generous support of partners, public and private donors, and the local community, NCC has now acquired an additional 82 hectares of Alfred Bog. This acquisition marks the protection of the largest piece of private land remaining in the bog and builds on nearly 40 years of conservation work by the Nature Conservancy of Canada and partners in the region.

Nature Conservancy of Canada’s newly conserved property in the area is surrounded on three sides by the proposed Alfred Bog Provincial Park, where people can see first-hand the species that call this area home. A 273-metre boardwalk in the bog takes visitors out over the mossy dome. Protecting Alfred Bog helps to connect moose habitats that stretch from Mer Bleue Bog and the Larose Forest all the way to the new property, creating a ribbon of green between Ottawa and Vankleek Hill. 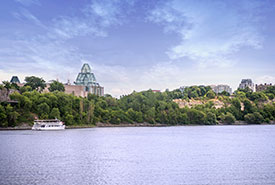 The Ottawa Valley is a remarkable area featuring forests, alvars, sand dunes and wetlands. This area is a meeting place between multiple ecoregions, creating an area rich in biodiversity that provides habitat for many species.

Lands in the Ottawa Valley are the traditional territory of many Indigenous Peoples, including the Algonquin Anishnaabeg and Haudenosaunee. We honor and thank the original stewards and traditional inhabitants of this place and recognize the significant contributions Indigenous Peoples have made, and continue to make, on these lands.

The area has a long history of settlement. Today, the Ottawa Valley has one of the fastest growing populations in Canada. NCC’s goal is to engage in strong conservation partnerships with Indigenous communities, all levels of government and other organizations to protect the unique species and habitats in this area.

Please consider a gift to help protect and care for the Ottawa Valley Natural Area.