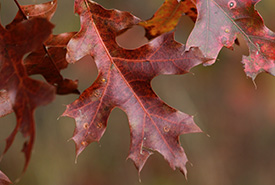 Located 40 kilometres northeast of Cobourg, on the Oak Ridges Moraine, is almost 40 hectares (almost 100 acres) of black oak woodland — a habitat type that has been all but lost from Ontario. Providing a refuge for black oak, white oak and white pine, the Salt Creek property is home to flying squirrels, whip-poor-will, wood thrush, eastern wood-pewee and oven birds.

The property is located within the Salt Creek Environmentally Sensitive Area and candidate Area of Natural and Scientific Interest. It also includes an ancient beach ridge of the long-gone, glacial Lake Iroquois. The sandy bluff now provides interesting habitat niches for rare plants.

The woodland creates a buffer to the Nature Conservancy of Canada’s (NCC’s) Red Cloud School Road property — a restored tallgrass prairie ecosystem, which is one of the rarest ecosystem types in the province. By creating connected habitat throughout the Rice Lake Plains, NCC is able to control the spread of invasive species and expand our ongoing restoration work in the area. 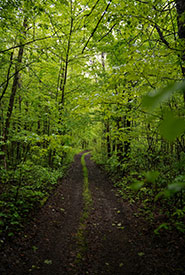 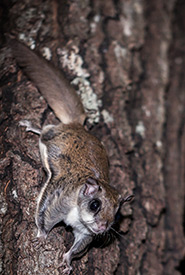 The rolling hills of the Rice Lake Plains lie in the heart of a historical tall grass landscape, which has all but disappeared. The high, sandy hills of the Oak Ridges Moraine once offered vistas of wide expanses of tall grass prairie and oak savanna dominated by massive black and white oak. Grasses like big bluestem, Indian grass and switchgrass grew more than two metres high, and a diverse range of wildflowers blossomed. These views of one of Canada’s easternmost prairies were described by Indigenous Peoples and early settlers, including vivid accounts by pioneer writer Catharine Parr Traill.

Today, these temperate tallgrass prairie and oak savanna ecosystems have virtually vanished. Only 10 per cent of their original size remains in North America, and less than two per cent remains in Ontario. And what is left is badly fragmented and overgrown with non-native species.

Through a combined effort of prescribed burns, cutting and hand pulling, NCC, partners and volunteers are fighting back against the encroachment of non-prairie species, including invasive Scotch pine. Pockets of natural prairie and savannah are still intact and more are being established. We are using the seeds produced by these areas to encourage the return of native grasses and wildflowers. Through these efforts we are seeing an influx of native species, such as grassland birds and insects, to the area. Together, we are making a difference.