The wetlands on Luxor Linkage (Photo by NCC) 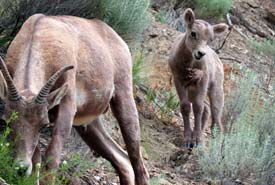 Luxor Linkage is a conservation land assembly located in the Rocky Mountain Trench, north of Edgewater, British Columbia. These lands are a critical part of a natural corridor for wildlife and ecological communities. They stretch from the Columbia River wetlands, across Highway 95 and into the Rocky Mountains.

Luxor Linkage is named after one of the creeks that flows through the property and into the Columbia River wetlands. It is home to an abundance of wildlife that relies on its grasslands, pockets of deciduous forest, wetlands and rocky outcrops.

This project is part of our efforts to secure critical conservation corridors that connect through mountains and valleys in the Canadian Rockies region in British Columbia and Alberta. This is one of the last areas on Earth where the full range of native habitat and ecological communities continue to thrive.

In March 2016, the Nature Conservancy of Canada (NCC) secured the 255-hectare (630-acre) “mountain parcel.” In January 2017, NCC acquired the “wetland parcel.” This added another 134 hectares (330 acres) to the Luxor Linkage Conservation Area. 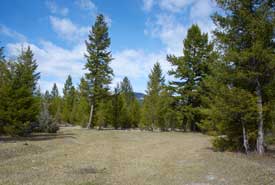 The conservation area connects to Kootenay National Park via Crown land. It provides safe passage for wide-ranging animals like grizzly bear, wolf and elk as they move between the Purcell and Rocky mountains.

Independent research biologist Michael Proctor has identified these lands as one of the most important zones between Fairmont and Golden for grizzly bears moving across the valley.

“Fragmentation of our natural systems continues to challenge nature’s ability to adapt. Providing for connectivity is one of the most important processes we can invest in now to ensure a lasting difference for key species at risk in the decades to come. The Nature Conservancy of Canada is using science-informed conservation solutions that wisely include the protection of these critical connectivity lands.”  ~ Michael Proctor 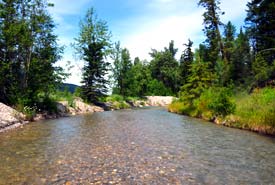 The Luxor and Kindersley creeks flow through the conservation area, merging into the internationally important Columbia River Wetlands. These wetlands are critical for maintaining regional populations of several species of amphibians and reptiles. This includes northern leopard frog (re-introduced population), painted turtle and rubber boa.

NCC will work to restore the traditionally open forest and grassland habitats. Restoration efforts on Luxor Linkage will complement similar work completed by the Province on nearby lands. In particular, restoration projects will aim to improve winter habitat used by bighorn sheep.

This project was supported by funding from the following partners: