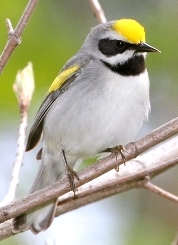 Thank you for visiting the Wideview Complex of properties owned and conserved by the Nature Conservancy of Canada (NCC) in southwestern Saskatchewan.

Threats to long-term conservation include habitat loss and fragmentation due to:

Species that may be viewed here

The property provides habitat for songbirds, waterfowl and various Species at Risk, including:

Partners with NCC at Wideview:

The Nature Conservancy of Canada (NCC) is a not-for-profit, private land conservation organization, protecting ecologically significant natural lands and the species they sustain. NCC works with individuals, corporations, foundations, governments and communities to protect this living heritage for future generations to enjoy.