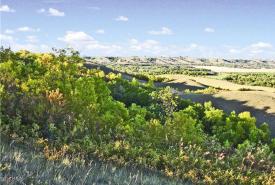 The Qu'Appelle River Valley is a major continental waterway and corridor into the Great Plains. Formed during melting of the last glaciers, it stretches from the south end of Last Mountain Lake and Diefenbaker Lake, east to the Manitoba border. 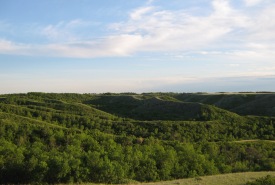 Housing and cottage development, along with agricultural activities such as sod farms and market gardening, are widespread here; especially along the lower flood banks of the Qu'Appelle River. Cultivation is common on the drier upper banks. Few unbroken areas of native prairie remain and most are unprotected, leaving rare plants and important habitats vulnerable.

Riparian (streamside) areas offer great biological diversity. A variety of habitats are found along the banks of the Qu'Appelle River, along with the slopes that frame the river, the ridges and plateaus flanking the valleys and the ecosystems within the river itself. The valley's varied landscapes are critical to the survival of more than 30 rare and endangered animal and plant species. Loggerhead shrike, northern leopard frog, bigmouth buffalo fish and smooth arid goosefoot are found here. 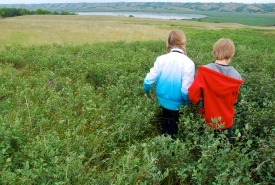 NCC's properties in the Qu'Appelle Valley

NCC's properties located in the Qu’Appelle Valley total 2,988 hectares (7,384 acres) and include:

NCC continues to work with landowners on conservation agreements and the securement of additional critical valley properties. For more information, email saskatchewan@natureconservancy.ca.

Fairy Hill is one of NCC's Nature Destinations located in the Qu'Appelle Valley. To plan your next adventure, visit naturedestinations.ca.