Action vs inaction? A body in motion tends to stay in motion 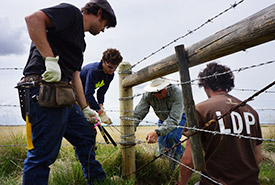 The road to my undergraduate degree may not have been paved with popcorn, but I certainly watched my fair share of environmental documentaries along the way. Climate change, food security, fossil fuels, fisheries, oceans, chemicals, deforestation and overpopulation were just a few of the topics put forward for our consideration in class. Many of these documentaries were amazing works of cinematic storytelling that highlighted complex, hot-button issues. Our eyes and ears were inundated with impassioned speeches and heart-breaking images, yet every time I left class I felt angry — angry and powerless to do anything about these overwhelming issues.

Fast-forward seven years, and I’m wrist-deep in a bowl of dirt, clay, native grass seed and water making seed bombs with a group of grade four students. We’re mixing these ingredients together to form balls that we will then hurl onto one of the Nature Conservancy of Canada’s (NCC’s) properties in Alberta, in an effort to bring back the native habitat. This activity is part of a hands-on day of environmental learning that NCC is offering to students in an east Calgary school as part of the HSBC Nature Days program.

On the surface, the impact of our actions could be considered negligible at best. We’ve barely made a dent in the 50-lb bag of seed we have with us. With small hands and limited body strength, we’re not able to put in a 10-hour day of planting. In fact we only have 30 minutes for this particular activity. A meagre 30 minutes to combat biodiversity loss. Faced with such a large-scale issue, why are we wasting our time planting a handful of seeds on a 320-acre (129-hectare) corner of the world?

Answer: because if powerlessness is the poison that kills our belief in a better tomorrow, then action is the antidote.

As a society we often undervalue these small successes. We figure if we can’t go big, we might as well go home. If hundreds of scientists, biologists and politicians can’t solve the world’s problems then we certainly don’t have a chance. Apathy sets in and we lose the motivation before we even make a start. Yet if we can muster the courage to take that first step, everything suddenly becomes less impossible because physics are on our side.

Newton’s First Law of Motion states that a body in motion tends to stay in motion. The act of doing, no matter how small, leads to improvement. 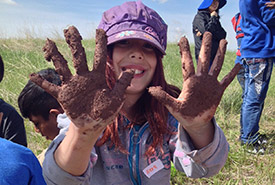 As I line up the group of grade four students and commence the countdown to seed bomb launch, the excitement in the air is tangible. When I reach zero and yell “Go!” the air is suddenly and dramatically filled with dozens of muddy seeds bombs flying by. Each one lands with a satisfying “smoosh” in the soil, ready to sprout and take root. Amidst all of this high-flying action, one boy turns to me, eyes glowing, and says excitedly, “I want to do this at home!” He’s taken his first step to making a real difference with this one small action, and he’s already eager to do more.

We had 75 grade four students take part in the activity that day, and though they only had 30 minutes to make a positive impact on biodiversity, they made that half hour count. Every one of them went home bursting to share what they had learned that day with their family and friends and extend that positive impact to their own little corners of the world.

One simple action can quickly develop momentum. When that momentum encompasses an entire group of people, you suddenly have a powerful force for change. I’ve seen this countless times in the course of my job working alongside NCC’s Conservation Volunteers, students and supporters. Though it takes time and countless baby steps, our combined impact leads to results that reach far beyond our small corner of the world.

Our Conservation Volunteers program is a living model of how collective action can result in positive impacts on the ground. The Clifford E. Lee Nature Sanctuary is a shining example of the impact of continuous small  leading to measurable conservation success. For nine years, volunteers have worked to remove invasive creeping thistle from the wetland habitats at this site. Their perseverance year after year has resulted in a measurable decrease in the size and abundance of weeds on the property and a healthier landscape overall. Spots that were once dense with thistle are now occupied by native species, and volunteers have gone from forcibly digging masses of invasive roots to plucking tiny thistle seedling as they emerge. When volunteers head out to the site again on July 19, they will do so knowing that their efforts have made a real difference.

Achieving meaningful results is the cornerstone of everything we do at NCC, whether it’s through our conservation work, Nature Days, or our Conservation Volunteers program. In working with NCC I’ve made the transition from an angry, disempowered university student to a hopeful, action-oriented volunteer coordinator.

It’s a big change, brought on by a lifetime of small steps. 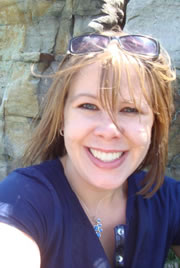