Conversations in the forest: The roots of nature's equanimity 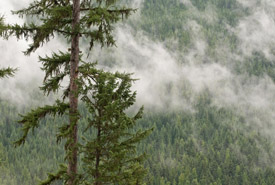 "It's not what you look at that matters, it's what you see. If a man walks in the woods for love of them half of each day, he is in danger of being regarded as a loafer. But if he spends his days as a speculator, shearing off those woods and making the earth bald before her time, he is deemed an industrious and enterprising citizen." ~ Henry David Thoreau

The solace a walk in the forest provides human beings is immeasurable. We are rejuvenated, calmed, balanced and contented in mind and soul. We marvel at the interactions among untold numbers of species above, and belowground; interactions from which emerge diversity, productivity, health and the spirit of forests. We sense deeply, even if we do not understand completely, that there is much more to these beautiful places than the collection of immobile trees, plants and fungi — ergo, "habitat" — that modern reductionist science has deconstructed forests to be. We purport that we must treat our forests with respect, manage them so that they can maintain their myriad of essential functions — including moderating climate, water flow and air quality — but we know that we are failing at this goal. This is evident in climate change, species extinctions, forest diebacks, alien species invasions and shifts in water regimes worldwide.

The cornerstone of this failure is humanity's view that we are separate from nature, and that only we are sentient. New scientific research showing that plants and trees communicate and behave in ways that engender forest diversity, community, health, productivity, adaptability, resilience — even equanimity (or stability) — challenges this paradigm. It awakens us to the possibility that nature's most gentle creatures — forest trees and plants — are sentient beings highly evolved at the community level. Indigenous cultures have long seen this wisdom in forests, but modern society has been blind to it. New scientific evidence of interplant communication and behaviour offers us a renewed opportunity to understand and learn from forests as communities. With this insight, we have the capacity to help the forest, and hence ourselves, to heal.

The social "community" of forests has evolved through scores of synergistic interactions among a dazzling array of organisms. One such synergy arises in mycorrhizas, or literally, "fungus-roots." These symbioses occur between all tree species and thousands of soil fungal species worldwide, whereby the trees provide the fungi with photosynthetic carbon, and the fungi return the favour to the trees in the form of soil nutrients and water. Some mycorrhizal fungi colonize only one plant species, whereas others colonize many, and all have the capacity to connect the roots of individual plants of the same or different species in a mycorrhizal network. 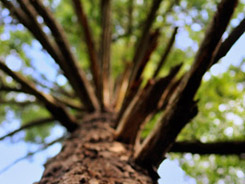 In the great Douglas-fir forests of North America, for example, we have found that regenerating Douglas-fir seedlings link into the mycorrhizal network of older trees, whether of the same or different species, allowing them to acquire sufficient resources to become successfully established. These networks form a "scale-free" pattern, such that the large, old trees become the hubs of the network and the younger trees the satellite nodes, much like the pattern of a modern-day transportation or telecommunications network. The below-ground networks are very busy, rapidly transmitting resources and biochemical signals back and forth between trees and plants, a process which appears essential for the self-organization of the ecosystem. Imagine, as you walk through the forest. that your footsteps traverse a telecommunications system that dwarfs the extent, dynamics and complexity of any that is built by humans.

Communication between plants through mycorrhizal networks has been shown to involve the transmission of water, carbon, macronutrients, micronutrients, biochemical signals, allelochemicals or hormones from one plant to another, usually from a sufficient plant to a plant in need. For example, in mixed temperate forests, nutrient- and photosynthate-enriched paper birch trees shuttle carbon to stressed Douglas-fir neighbours, giving more than they receive in return. The carbon transfer is dynamic across seasons, responding to changes in stature in the community or environmental conditions. This type of source-sink transfer has been associated with improved survival, growth and health of the needy recipient trees in the network.

Recognition of kin is also evident between established and regenerating trees linked in a mycorrhizal network, leading us to consider hub trees as "mother trees." We have found that the mother trees can distinguish their kin from stranger seedlings, shuttling more microelements and supporting vaster mycorrhizal networks to close relatives, thus providing a competitive edge for kin seedlings. However, mother trees also share small amounts of resources with strangers, suggesting mechanisms exist not just for species, but also community-level selection.

New experiments also show that injury in one plant (e.g., defoliation physically or by a pathogen or insect herbivore) has resulted in the transmission of defense signals through the connecting mycorrhizal mycelium to neighboring plants. These neighbours have responded with increased defense-gene expression and defense-enzyme activity, resulting in increased pest resistance. In Douglas-firs, sudden injury to a "mother tree" has not only increased defense enzymes of healthy neighbours but has elicited a rapid transfer of photosynthate carbon to the healthy neighbor. Together, these studies suggest that the exchange of biochemicals between plants, or interplant communication, elicits meaningful changes in the senders' and receivers' behaviour in order to benefit the whole system.

The science of plant communication and behaviour is only scratching the surface of how nature works, but what we are seeing is nothing short of amazing. We are learning that plants communicate with each other in numerous ways to promote the stability, or equanimity, of the greater community. This scientific understanding, suggestive of sentience in forests, resonates with indigenous wisdom, which calls for respect and learning from the hitherto unseen law of the forest — our teacher.

This story originally appeared on SgiQuarterly.org. 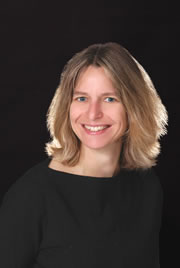 Suzanne Simard is a professor of forest ecology at the University of British Columbia’s Department of Forest and Conservation Sciences in Vancouver, Canada.