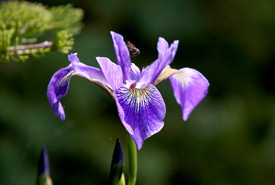 You can do your part to help species such as bees and birds by creating or expanding your own mini nature reserve. When we make a place for nature, we can have a big impact on the diversity of plants and wildlife that share our spaces.

Here’s how to get started:

1.    Do an audit of invasive plants in your backyard. By removing these species you can help prevent them from encroaching into natural areas, and make way for native plants.
2.    Learn to identify 10 trees and shrubs native to your area. Plant one of them this year.
3.    Naturalize part of your yard with native species. Try to recreate the habitats that once occurred where you live.

A white pine tree grows to become a large evergreen. It is the provincial tree of Ontario and is preferable over invasive conifers such as Scots pine. 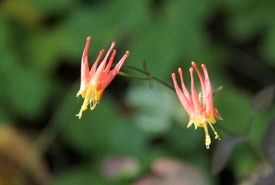 This spring-flowering woodland plant is highly attractive to hummingbirds when in bloom. It is a preferable choice over many exotic hybrid species of garden columbines.

This relatively small iris may bloom for only a short time, but it is a great native plant for moist areas. 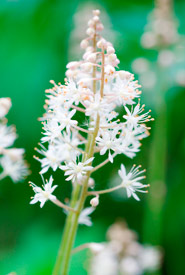 This plant features bright green, leafy colonies with white flowers in late spring. With time, it can act as ground cover in shady areas. 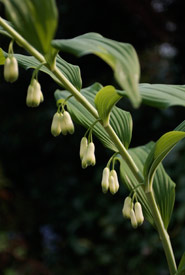 A good replacement for some of the non-native Solomon’s seal species that can be invasive and aggressive. 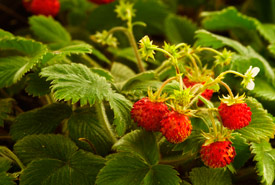 If ground cover is needed in shady or semi-shady areas, consider this plant over periwinkle. It flowers and produces tasty little strawberries.

This shrub produces bright red twigs that make great accents in a winter garden. It is a great replacement for shrubby dogwoods, some of which are also grown for their brightly coloured twigs. 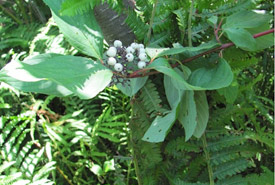 The Nature Conservancy of Canada (NCC) protects our country’s important natural areas for the diversity of species that live in them. Some NCC properties are conserved by replanting native species and removing invasive plants. By visiting an NCC property near your home, or participating in a volunteer event, you can learn about the habitats and species in your area and find inspiration for your own mini nature reserve.