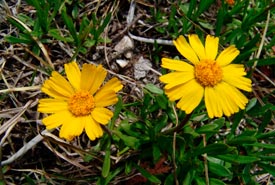 There is nothing quite like witnessing the beauty of flowering lakeside daisies across an alvar in early June. This brilliant yellow member of the aster family is found almost exclusively on the alvars of the Saugeen Bruce Peninsula and southern Manitoulin Island in Ontario. It can grow to reach 35 centimetres tall, with dark green, narrow and toothless leaves around its base.

Lakeside daisies grow on pavement alvars, among beautiful mosaics of exposed rock covered in lichen and moss. Grykes — joint fractures in the rock shaped by water erosion — are home to many wildflowers, ferns and other plants that are found on pavement alvars. Soil accumulated over time in these cracks in the pavement allow for plants such as low calamint, maidenhair spleenwort and lakeside daisy to take root. Pavement alvars are kept fairly open and sunny through natural disturbances, such as drought, fire or wind erosion, that remove taller trees and shrubs that would otherwise shade out sun-loving plants such as lakeside daisies. 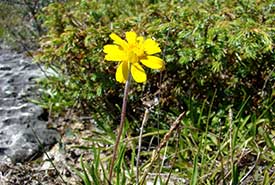 Like many of the plants and animals found on alvars, the lakeside daisy must be able survive harsh conditions. Every spring, alvars flood, while in the summer they go through periods of drought, reaching temperatures as high as 52 ºC. Due to extreme variations in temperature, moisture and disturbance, only specific plants, animals and invertebrates can thrive in this habitat.

Alvars are among the most species-rich communities in the world, and may shelter a vast number of at-risk and globally rare species, as well as an astounding number of insects. The Saugeen Bruce Peninsula and Manitoulin Island support some of the best examples of alvar habitat in the world, and are key areas for conservation in North America. 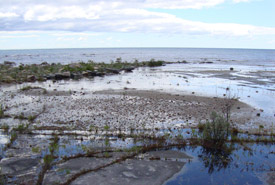 Lakeside daisy is listed as threatened under the Endangered Species Act in Ontario, and threatened federally. Unfortunately, due to their openness and the abundance of limestone rock, alvars are also often targeted for human development. This plant also lives along shorelines and inland areas that are popular for hiking and recreation, and can often be accidently trampled.

The Nature Conservancy of Canada (NCC) has protected significant alvar habitat, including habitat for lakeside daisy, on both Manitoulin Island and the Saugeen Bruce Peninsula. Every June, our conservation staff look forward to seeing its beautiful yellow flowers once more!

This spring, Canada Post is highlighting two spring wildflowers on its stamps, including the lakeside daisy. If you are lucky enough to see this beautiful flower this spring, make sure to watch your step to protect this amazing plant and so that others can enjoy its beauty as well.

However, if you can’t get out and see he lakeside daisy this spring, at least you can enjoy it on your mail!

Posted in: Species at Risk, Conservation 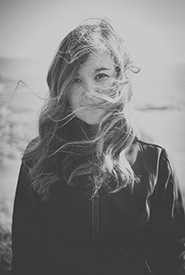