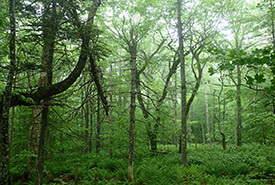 One property that I helped monitor this summer stood out from the rest, with its old-growth forest and fern-covered forest floor. (Photo by NCC)

As this past summer’s Nova Scotia conservation engagement intern with the Nature Conservancy of Canada (NCC), I was given the opportunity to explore the province from one tip to the other, seeing parts of the province I had never seen before, all while learning how exactly NCC was contributing to conservation. I sometimes visited sites for Conservation Volunteers events, while at other times, I helped out with monitoring and baseline inventories. Having little experience with field work and site monitoring, I was more than eager to learn what data we collected and how.

While every corner of Nova Scotia is breathtaking and the biodiversity is incredible, there was one property I helped monitor that stood out from the rest in more ways than one. There was a familiarity about this property, with its old-growth forest and fern-covered forest floor. I felt like I was suddenly transported back to Ontario, to the forests where I spent so much of my adolescence hiking and camping; the forests where my interest in conservation first began.

Nova Scotia is so often characterized by coastlines and ocean, and we forget that there is so much more to the province. Standing in that forest, looking up past the trees as they turned into sky, I was reminded again of just how magnificent nature is and why conservation is so important, all while being reminded of the impacts that individuals can have on conservation. 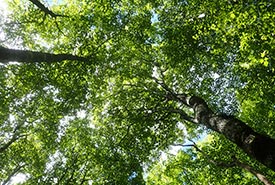 Standing in that forest, looking up, past the trees as they turned into sky, I was reminded again of just how magnificent nature is. (Photo by NCC)

Now, that may seem like a strange thought to be having as I was standing in the middle of this pristine forest, but it was because I wasn’t standing on land owned by NCC or the government; I was standing on a property that has been conserved by the landowners who are still living there.

So, why was I on the site, if we don’t own it? Well, while NCC doesn’t own the land, it holds a conservation agreement on it. This means that the land is still privately owned, but there is a legally binding agreement between the landowner and NCC. This agreement is registered on the title of the property and limits activities that could impact the property’s biodiversity, such as building or subdividing. A conservation agreement is voluntary, but once in place, it is permanent, even if the landowner changes. It also means that we monitor the property annually to document any changes, either natural or human-made, just as we do with our other properties.

This type of tool — a conservation agreement — further demonstrates the impact that private landowners can have on conservation, which is especially crucial in Nova Scotia, where about 70 per cent of the land is privately owned. Before starting my internship, I was not familiar with conservation agreements, and although they are not a viable option for all properties, they are just one of many tools that we can use to help conserve this beautiful province.

I am so grateful to have been a part of the NCC team, and I have learned so much about conservation and the environment. While I knew that NCC achieved its goals through acquiring land, it had not occurred to me just how many ways private landowners can contribute to conservation! 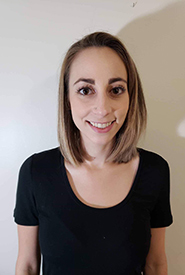 Megan Pagniello was the summer 2019 Nova Scotia conservation engagement intern with the Nature Conservancy of Canada.