Something’s fishy: Know your limit, fish within it 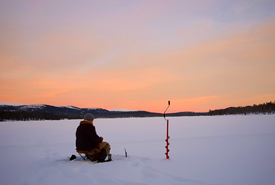 One of my favourite winter activities is bundling up and heading out to sit in front of a hole in the ice on a nearby lake for hours on end. While ice fishing isn’t everyone’s cup of tea, some of my most cherished memories are made while sitting in a small hut surrounded by shivering friends, with our lines dropped down past the ice and into the water below.

Truth be told, I’ve never caught any fish while ice fishing. Not sure if it’s my bait, my impatience or uninterested fish, but I’ve never even experienced a nibble. I’ve sat around watching friends and family members pull up their lines to expose a small, wiggling fish (usually a yellow perch), before releasing it back under the ice — but alas, no luck here. 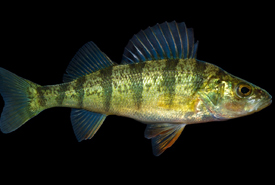 With any type of fishing, in any season, it’s important to understand the impacts of what we take from the water.

Fish are a vital part of the ecosystem, playing a part in a complex food chain. There are laws in place to protect fish and fish habitat. Through seasons and catch limits, Canadians (with a licence) can enjoy the sport while ensuring fish populations are maintained.

Unfortunately, overfishing has led to the extirpation (local extinction) and extinction of several native fish species in Canadian waters in the past. Once a common species in Lake Erie, blue walleye populations have dwindled completely, with the last fish being caught nearly 50 years ago. Between 1885 and 1962, there was an annual harvest of over 9 million kilograms of this species. By 1965, overfishing, combined with declining water quality, led this species into extinction.

Just narrowly avoiding extinction as a result of overfishing is the striped bass. Some populations of this species have been reintroduced in Canada and are historically native to the Miramichi River in New Brunswick and the southern Gulf of St. Lawrence. During spawning season, striped bass migrate from the sea up into fresh water to lay their eggs. One known spawning location for the fish in Canada is in the northwest Miramichi River, an area near the Miramichi Watershed, which is protected by the Nature Conservancy of Canada.

While some people enjoy catch-and-release fishing, choosing not to harvest and eat their catch, many species (including humans) rely on the fish in our fresh water and oceans for survival. Fishing with the environment and the above species in mind, we can achieve sustainability and enjoy this iconic pastime responsibly.

Although my fishing line will probably remain empty, I will still head out onto the ice this year to experience this iconic activity. Whether I catch anything or not, I am thankful for the memories made around a hole in the ice.