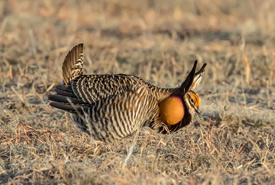 Much like humans, other animals have evolved ways of wooing or courting potential mates, whether it’s singing a love song, doing a sensual dance or giving a thoughtful gift. With love in the air this Valentine’s Day, here are 10 courtship strategies used by species found in Canada:

1. Dating on the web

When a female black widow is ready to mate, she emits pheromones onto her web to attract males to her. Once a male senses these, he dances on the female’s web to produce vibrations that let the female know he’s there. When he’s close enough to the female, he starts stroking her legs and eventually wraps her in silk. He then removes large parts of her pheromone-laden web to make it, and thus the female, less appealing to other males.

2. The bend and snap

When a male northern dusky salamander is ready to mate, he does a “butterfly” walk towards the female. This involves rotating his front legs like a swimmer doing the butterfly stroke. He then wags his tail, gives the female a nudge using his snout, pushes his chin up against her back and arches his body. He then abruptly snaps his body to straighten it out, sometimes throwing himself a few centimetres away from her. He does this repeatedly until he is beneath the female’s head, and then reaches back, bites the female’s neck and scrapes his teeth across her back to douse her with pheromones.

3. The thrill of the chase

To indicate her willingness to mate, the female Blanding’s turtle positions her tail in a particular fashion. An interested male then mounts the female underwater and grasps her shell with his claws. If the female tries to swim away, the male chases her.

Sexually mature male hooded seals have odd, multi-functional organs at the fronts of their faces called elastic nasal septa. To intimidate other males and to attract females, they inflate these pink, hood-like oddities and extend them to the top of their head. 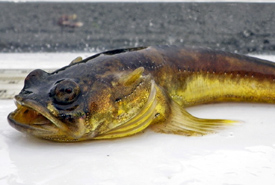 During the mating season, some male plainfin midshipman dig holes for themselves under rocks and make loud humming sounds to entice females. To produce the noises, they contract muscles on the sides of their swim bladders (gas-filled sacs used to maintain and adjust buoyancy), causing the muscles to vibrate against the bladder wall. This vibrates the water surrounding the fish, creating the sound. Not all males sing, however. The non-singers (or sneaker males) sneak into the nests of singing males and fertilize eggs that a female has laid.

Female lobsters start the mating process by looking for males with the biggest and safest burrows on the ocean floor. Once a female finds her ideal mate, she remains near the entrance to his burrow for days, releasing pheromones through her urine to attract the male. If the male likes what he smells and accepts the female, they start a playful boxing match, after which the male strokes the female. Eventually, the female moults (sheds her exoskeleton) and once she gathers the strength to stand again, the male flips her on to her back and mates with her. 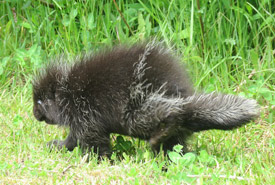 On spring nights, male American woodcocks repeatedly make buzzy “peent” calls and then fly in upward spirals to attract females. They then zigzag downward while chirping and land right near a female, if one is present.

8. Showering her with love

To get a female porcupine’s attention, the male urinates on the female from as far as two metres away. If the female finds the male’s pheromones irresistible, she mates with him.

Male greater prairie chickens are known for their elaborate — and unusual — mating dances. After gathering at communal courtship display areas, called leks, males have group “dance-offs” to attract females. Their dances consist of raising their feathers above their heads, inflating their orange throat sacs and moaning deeply. 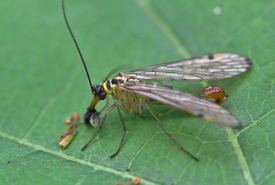 Female scorpion flies select mates based on how much saliva they can produce. To win over females, males regurgitate spit-drenched nuptial gifts (prey items) and give them to females.

Some of the species mentioned above have been sighted on Nature Conservancy of Canada (NCC) properties across the country. For example, the Glen-Foster Forest in the Green Mountains Natural Area in Quebec provides habitat for northern dusky salamanders. Blanding’s turtles have been spotted on many of NCC's properties in Ontario, including in the Frontenac Arch. Porcupines have been observed in the Alfred-Kelly Nature Reserve in Quebec, Happy Valley Forest in Ontario, Johnson’s Mills Shorebird Reserve in New Brunswick and Bunchberry Meadows in Alberta.