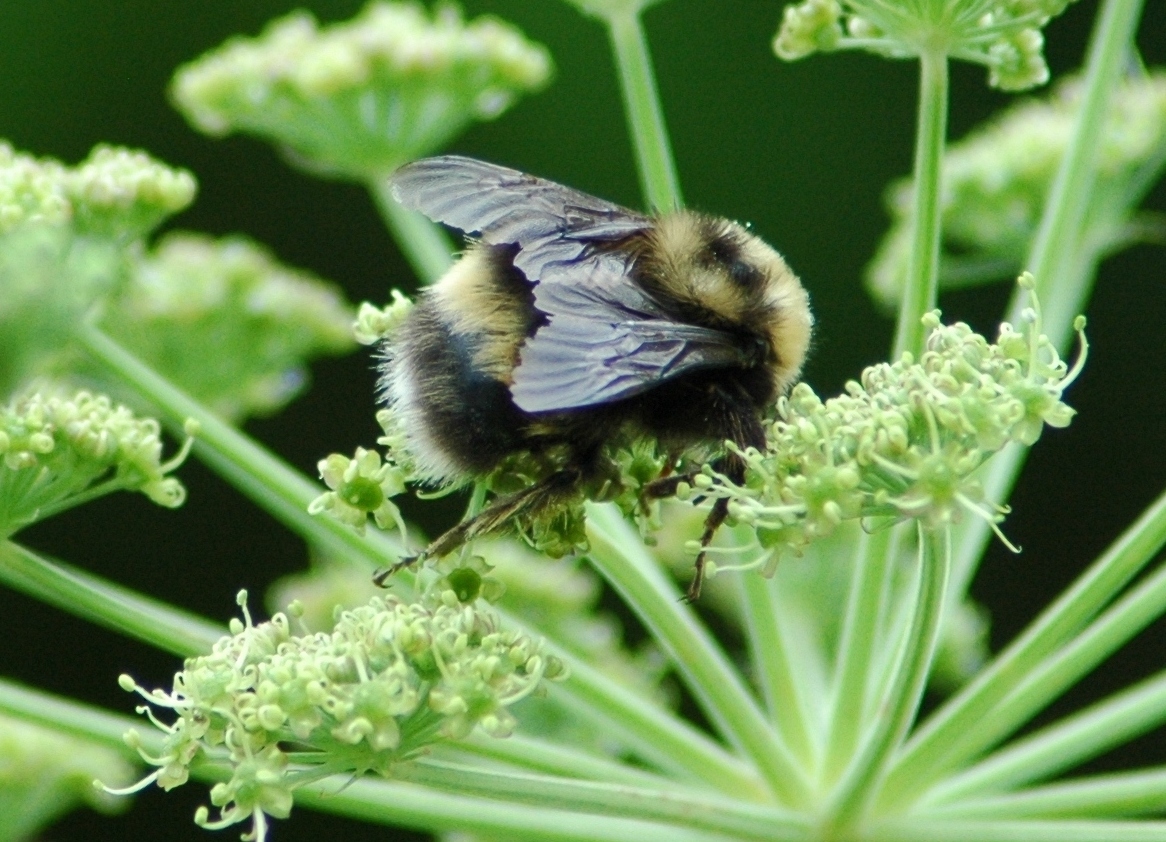 The western bumble bee is a medium-sized (measuring one to two centimetres in length) bumble bee, with a band of yellow hair across its thorax (the area between its head and abdomen), in line with the base of its wings. It also most often has a white-tipped abdomen.

The western bumble bee was once one of the most common bumble bees found in western Canada (ranging from southern British Columbia, across southern Alberta and into Saskatchewan). But recent population declines due to habitat loss and fragmentation, pesticides and competition with commercially managed bumble bees, in addition to the diseases they bring with them, have made the species rare. Subsequently, the western bumble bee is now listed as threatened in Canada, which means that without efforts to reduce its population decline, the species may go extinct.

Bumble bees do not live in hives; instead most make their nests underground, often using holes within decaying wood, openings in rotten logs, grassy mounds or abandoned rodent burrows. Each spring, mated queens emerge from hibernation and set out to find nest sites to begin a new colony. Once the queen decides on a nest site, she lays eggs in it and goes out to forage for nectar and pollen.

The life cycle of the western bumble bee has four stages: egg, larva, pupa and adult. The eggs hatch four days after they are laid. Then the queen feeds the larvae with pollen and nectar. After another two weeks, the larva spins a cocoon. Two weeks later, it emerges as an adult. This whole process — from egg to adult — takes about five weeks. This timeline can vary with temperature and food supply. 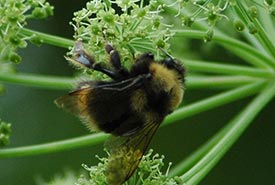 The first adult bumble bees to emerge from the colony are female worker bees. They take over the foraging duties from the queen and are also in charge of feeding the larvae. Later in the summer, once the colony has reached its maximum number of worker bees, the queen begins producing male bees and potential new queens. These males and new queens do not stay in the colony. Instead, they leave and mate with bees from other colonies. The new queens mate before going into hibernation for the winter, so that when they emerge the next spring, they don’t need to bother finding a male and can start laying eggs. The male bees, worker bees and original queen all die in the fall.

Not a picky eater

The western bumble bee is a generalist forager; it can eat the nectar and pollen from many different types of flowers and is not dependent on a specific plant species for food. Since the queens emerge early in the spring, the western bumble bee needs early blooming flowers. It also requires continued blooms through the summer and into the fall to ensure it has sufficient food to feed the colony for the entire time it is active. In addition, bumble bees need different types of flowers to ensure that they get all the nutrients they require to feed the growing larvae.

This species needs our help to ensure that it persists on the landscape. Western bumble bees can still be found in some wild places, as well as where people live, including farms, parks and urban areas. Scientists have found that the things you do in your yard or garden can have important effects on the wildlife there. So even seemingly small actions can make a big difference!

Be a bumble bee ally

Here are three things you can do to help the western bumble bee, as well as other native pollinators.

1. Symbolically adopt a western bumble bee through Earth Rangers. Contributions will go toward protecting habitat and raising awareness about the plight of the species. 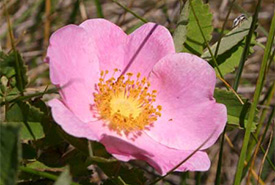 2. Plant native flowers. The two main things to remember are that bumble bees need flowers from early spring until fall, and they need a variety of flowers. Whenever possible, it is always better to plant flowers that are native to where you live, rather than species that come from elsewhere. Check out these pollinator guides to see what flowers are native to your area before you head to the garden centre.

3. Provide nesting habitat. Maintain some areas of undisturbed open soil in your garden and leave piles of stones or wood. You can also build a bumble bee house. Although bumble bees usually nest underground, sometimes they will use a bumble bee house instead. Plans for a bumble bee house can be found here or here, depending on which style of house you’d like to make.