We all know how the chicken crossed the road just to get on the other side, but what about the turtle? Well, for turtles it’s a wee bit different. Turtles have places to go, other turtles to see, so crossing the road is a big deal! Back in the day when there were no roads, turtles were free to roam, going from pond to lake, feeding spot to basking area and breeding site to nesting site. But with the introduction of roads, that brought cars and trucks and that brought danger. Although we built roads such that we can get from one point to another, we never really considered how we would be affecting our freshwater land turtles and their natural pathways (and to be honest, chickens, too).

Canada is home to eight native species of freshwater land turtles. These are:

Each of these are unique and require specific habitat requirements, including access to both land and water to complete their life cycle. We might not think it, but turtles actually have quite large territories in which they will travel back and forth. 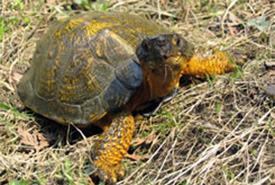 As springtime arrives and temperatures get warmer, turtles wake from their hibernation and begin searching for a mate. Once a female and male meet, they mate underwater. The males’ job is done so the next step is for females to find a suitable nesting site. They tend to return to their maternal hatching spot and will travel across an entire habitat just to get there! Mothers will lay their eggs in a freshly dug up hole, in sand or earth and then cover up their eggs. Now her job is done as well, and she can return to her next desired spot.

Once hatched, the baby turtles instinctively go to the closest body of water. This is where they are the most vulnerable and only a small percentage survive from predation, weather conditions and human-made causes. However, those survivors live for a long time! We’re talking an average of 20 years to a whopping 70 years for the Blanding’s turtle!

Most turtles only mature around 10 years of age and therefore don’t reproduce as often as we think. What do they do during all that time? They travel around to forage for food, to find the best rock to bask in the sun and to take that time to rest. No wonder they are such laid-back reptiles!

So as you can see, turtles do do a lot of travelling, and the roads we built have separated turtles’ homelands into a mosaic of regions. Although turtles have accepted roads and see them as crossing obstacles, they were not so ready for the vehicles that came along. A turtle’s carapace is one of the best defense mechanism in the animal kingdom, but it is no match for wheels going 75-90 kilometres per hour. If they don’t get squashed right away, they can get topped over, leaving them struggling, and if another car doesn’t see them…well it’s not a pretty picture. 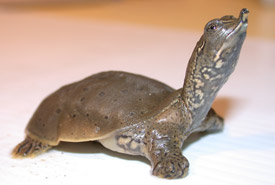 Therefore, our turtles need your help! The Nature Conservancy of Canada (NCC) had launched the Carapace Project to report sightings of turtles dead or alive, on the side of the road, in the middle of the road, and/or in their natural habitat. The project aims to gain a geographic map to help build better protection focuses on each species. This way we can help increase their survival rate. Turtles are most active from the months of May to October and most of the listed species are found in Southern Ontario and Québec. If this is where you live, you can help make a difference in the conservation of turtles!

To report your sighting and for guidelines about what to do if you do find a turtle injured, dead, or simply trying to cross the road, go to https://www.carapace.ca/en/ to find out all the information you need! 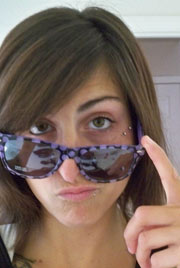