Where the bears are: An update on the Wuikinuxv grizzly bear project 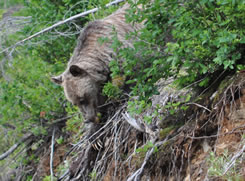 In the spring of 2013, I approached the Nature Conservancy of Canada (NCC) about a project in Wuikinuxv Territory, in the heart of the Great Bear Rainforest, where grizzly bears and humans have shared the same riverbanks for thousands of years, with little conflict. In recent years, the Wuikinuxv people had noticed more and more bears going without fish and changing their behaviour around the village, and they were interested in learning more about the health of the bears, their population size and how it might vary in the context of changing salmon populations.

After a discussion with community members and Wuikinuxv stewardship staff, we decided that we wanted to monitor bears around the village, where there is a high concentration of grizzly bears and where NCC has conserved a lot of the land. So I approached NCC to become part of this monitoring project, and the local school children were also involved in the process.

Now, data from our first year has started coming in. It's been a wild time of year! We now have updates on the number of bears detected last year (see below).

Data from the 2013 season includes:

Seven of the bears we detected in our study were located at sites near Wuikinuxv village and on NCC property. We found five male grizzlies, plus one male black bear and one female black bear.

We'll also be heading out for a second season of research, and are looking forward to being joined by NCC's West Coast Program Manager, Tim Ennis, along with and NCC interns to help us check sample sites and remote cameras on and around NCC properties. 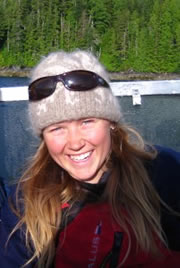 Megan Adams is a PhD student with the Applied Conservation Science lab at the University of Victoria, British Columbia.