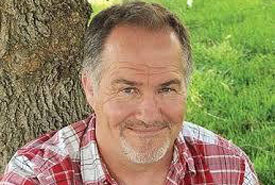 He is the author of three childrens books; Who Farted – Stories in Verse for big and little kids, The Farmers Secret Midnight Dance and Coby Builds a House and has recently published his first collection of columns Enter Laughing – The Early Years as well as a "Semi-Colon”, A Writers Cheeky Journey Through Colo-Rectal Cancer. In 2008 Neil won the Canadian Comedy Award for his radio work as Bad Santa on Q107. When he grows up he wants be an astronaut.