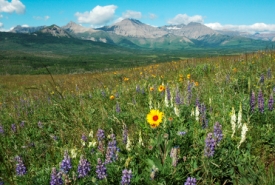 People who travel south from Pincher Creek, Alberta, to Waterton Lakes National Park remember the drive as one of the most beautiful in Canada. The mountains themselves are located within the boundaries of the national park, but the aspen parkland surrounding the park is mostly privately owned ranchland.

The Rocky Mountains are a vital natural corridor for these species, and as the Rockies are narrow at this point, these animals need more space than what is protected by the park. They live in the landscape outside of the park much of the year, as it is far more productive than higher up the mountains.

For decades, the Nature Conservancy of Canada (NCC) has worked with private landowners to protect the area surrounding the park, creating a natural buffer for the species that live in this area, which include grizzly and black bears, cougar, wolf, moose, elk and white-tailed and mule deer.

Fortunately for these species, the ranchers, who for generations have cared for the area surrounding the park, are careful stewards of their land. Their sustainable use of the ranchlands has meant that many species continue to thrive here.

Over the years, the pressure to subdivide properties for holiday housing and condominiums has been building steadily in this beautiful location. Land values continue to rise and, although the local ranchers and other landowners do all they can to protect the open spaces, this task is almost impossible. 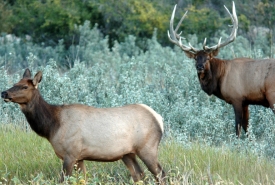 The area came to the attention of the NCC in 1997, when a crucial half-section of land on the boundary of Waterton Lakes National Park came up for sale. The property, containing a lake that was home to trumpeter swans, was just what developers were looking for. NCC recognized this as an urgent and critical priority for conservation.

With the support of the Weston Family Foundation, NCC has continued to work with landowners to negotiate deals that will help them to protect their land for the long term, either through direct purchase or by placing conservation agreements on their properties.

For many ranchers, the decision to place a conservation agreement on their land is not an easy one. In some cases, three generations in the family had to come to agreement. Flexibility from all sides was necessary to ensure the success of the project. In some cases, families sold part of their land to NCC and leased it back. Concerns about the management of the land and access rights were also addressed so that easements were granted or purchases made.

Thanks to the vision of our partners and the long-term commitment of area ranchers, more than 100 square kilometres (13,000 hectares/32,000 acres) of this stunning landscape have been protected as conservation lands forever to date.

Rancher Blaine Marr, who has land on the border of the park, told the Calgary Herald: "Our land is a unique spot. We've learned to manage it over the last three generations and I wanted to see it stay the way it is."

Kathy Flundra of the Shoderee Ranch, who sold part of the family ranch to NCC and now leases it back, explained to the Lethbridge Herald: "It was a way to free up some cash so my parents could retire. It was a financial opportunity that would keep the land the way it was, in its natural state."

Chief Warden Bill Dolan speaks for the happy next-door neighbour, Waterton Lakes National Park, established in 1895 and declared a World Heritage Site in 1995. Dolan reiterates that ranching complements the work of the park in preserving habitat for bears and other wildlife because the animals are not restricted to the park alone.

NCC's long-time partner the Weston Family Foundation has been instrumental in the success of the Waterton Front Project. When the foundation members were made aware of the situation in the Waterton area, the organization quickly agreed to help purchase Horseshoe Lake and the hundred or so acres surrounding it. They then took the initiative in exploring with us what more could be done to protect the natural values of the area and the ranching lifestyle.

This was the beginning of what would turn out to be one of the largest private conservation initiatives in the history of Canada: the Waterton Park Front Project.

"The Weston Family Foundation was really the driving force behind the Waterton Park Front project," said John Lounds, NCC's president and CEO. "We had been working with them on different projects across the country and knew how committed they were to conservation. But it was the foundation that really recognized what was needed and could be achieved at Waterton. This was an opportunity that had to be acted on right away. The landscape was changing and, once changed, what makes Waterton so special would be lost forever." 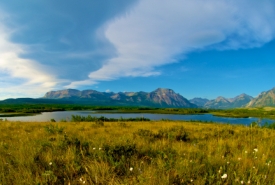 On June 23, 2004, a community celebration was held on the Jenkins Ranch in the heart of Waterton Park Front to mark this incredible achievement and recognize the contributions made, including a very significant donation from John and Barbara Poole of Alberta. It is an achievement that will protect both a way of life for families who have ranched here for three and four generations and the wildlife that has been here for centuries.

The Waterton Park Front Project, an ecological gem in southwestern Alberta, was celebrated at the 2007 Emerald Awards for Environmental Excellence.

The Weston Family, through the Weston Family Foundation, John and Barbara Poole and the Alberta Region of NCC, were co-winners of an Emerald Award for our joint conservation efforts on the Waterton Park Front Project.

"Our family is very proud to have played a significant role in preserving this wonderful natural legacy," said Mark Mitchell of the Weston Family Foundation. "This demonstrates what private individuals, family foundations and non-governmental organizations can achieve for conservation."