Tiny beauties: Orchids on the Bruce 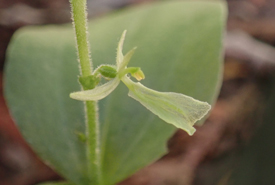 As a former conservation technician intern at the Nature Conservancy of Canada (NCC), I was lucky enough to see and learn a lot about nature and how to conserve it.

When I worked for NCC, I had the opportunity to explore many different ecosystems on the Saugeen Bruce Peninsula while completing our annual property monitoring and species at risk research. Whether it was surveying coniferous and deciduous swamps for invasive species and species at risk, or simply walking through them to get to our work site for the day, I could have spent hours exploring the amazing swamps on many of NCC’s properties on the Saugeen Bruce Peninsula. These swamps are important because they clean our air and water, prevent flooding and support many different species, including a diversity of plant species. 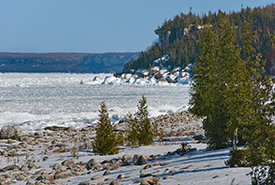 While I was completing an annual inspection on one of NCC’s properties this past summer, one plant species that caught my eye was an orchid — one so tiny that I had to get on my hands and knees to fully appreciate it.

Scattered among the cedars on the forest floor, in a large coniferous swamp, was a population of tens of thousands of broad-lipped twayblades. Growing among these 10-centimetre-tall plants were three other orchid species: blunt-leaf rein, heart-leaved twayblade and Alaska rein. It was amazing to see four of the 48 orchid species found on the Saugeen Bruce Peninsula in one location. These orchids grow in cedar, mixed or deciduous swamps, as well as damp coniferous or mixed forests.

Many plants in the Saugeen Bruce Peninsula area were a bit behind their average flowering time this summer because of the lack of rainfall. Due to the dry conditions, many of the broad-lipped twayblades were not in bloom, but many had flowering stems with buds just about to open.

We searched and searched for at least one that had flowers on it. As we were walking along the trail, being very careful not to step on these sensitive plants, we spotted a broad-lipped twayblade with three small yellow-green flowers. This species can have up to 20 individual flowers on its stem. 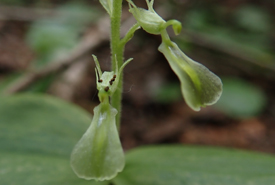 Everyone was so excited to see this beautiful flower because it was early in the season for them to be flowering. We took many photos to document it for our records. Although this population of orchids had been observed in the past, the full size of the population wasn’t known until this summer, making it an exciting find on NCC land.

Recent research also suggests that orchids may act as indicators of ecosystem health, as these diverse plants have complex relationships with their surroundings. Many orchids have specific relationships with fungi in the soil around them, and the orchids rely on insects, such as moths, to pollinate them. A decline in a local population of orchids may be an early warning signal of environmental stress and deterioration. As a result, finding such a large population of orchids on an NCC property gives us insight into the property’s health.

I had never seen these orchids before and was shocked at how small and delicate they were. Even standing next to these plants, I had a hard time finding them because they were so small.

It was amazing to see these tiny orchids. I don’t think I would have seen these or known about them if I did not get this opportunity to work for NCC. 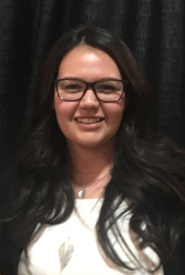 Naomi Jones is a summer conservation technician intern with the Nature Conservancy of Canada based out of the Saugeen Bruce Peninsula.