A recent Ipsos Reid poll reveals eight in 10 Canadians say it is important to preserve Canada’s natural areas, plants and animals. It is clear that nature is in the hearts of many of us, but how can we ensure the places we cherish today will still be here tomorrow?

It will come as no surprise that major investment is the answer. That’s why I am very pleased that the Government of Canada recently announced $1.3 billion in funding over five years for nature conservation — the largest amount earmarked for the protection of Canadian landscapes in decades. A large portion of this funding, $500 million, will seed a new $1-billion Nature Fund. This fund will incentivize provinces, territories, Indigenous communities, corporations and not-for-profit groups like ours to work together to conserve land and species at risk.

This historic investment reminds me of a previous great leap in private land conservation in Canada.

In 2006, a group of concerned Canadians with deep, emotional ties to nature came forward in the name of conservation. I was proud to be part of this group of conservationists, CEOs, community leaders and supporters of the Nature Conservancy of Canada (NCC). Together, we thought about ways to advance private land conservation in Canada, which is highly effective at delivering tangible benefits for nature and for people. The Natural Areas Conservation Program — an innovative and highly successful partnership between the Government of Canada, NCC and our partners — was born.

Now, more than a decade later, the results of this collaboration speak for themselves. More than 430,000 hectares (1 million acres) have been conserved since the onset of the program, providing habitat for more 198 species at risk across Canada. But there is still so much more to do.

The investment announced in the Government of Canada's Budget 2018 has the potential to make meaningful progress in public, private and Indigenous-protected areas. It will support Canada’s Target 1 — our commitment to conserve 17 per cent of our land and fresh water and 10 per cent of our coastal and marine areas by the end of this decade.

We also applaud the government’s pledge to better protect and recover species at risk, expand national wildlife areas and migratory bird sanctuaries and establish a network of conservation areas, working with provincial, territorial and Indigenous partners.

Canadians are ready to work together, to do more to ensure our natural legacy, and to do it faster. At the Nature Conservancy of Canada, we look forward to working with the Government of Canada and all our partners to leverage this investment and achieve conservation results of global significance. 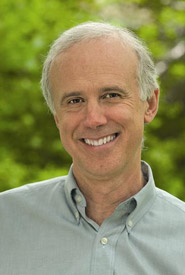