Exploring the boreal forest with an interactive story map

Imagine taking a flight across Canada’s vast and breathtaking boreal region, which stretches across approximately 60 per cent of the country. Now take a step back from this picture of grandeur to focus on the littlest bird residents flitting among its coniferous and deciduous forests.

The boreal region is a massive expanse of forests, wetlands and waterways covering much of the northern hemisphere. In Canada, this region stretches for 5,000 kilometres — from Newfoundland and Labrador through the country’s central regions and northwest to the Yukon.

Over 300 bird species — from tiny songbirds like kinglets and warblers, to comparatively giant swans and cranes — regularly breed here. The boreal is home to literally billions of birds and serves as the continent's bird nursery since it is such an important breeding ground. You may even have encountered some of these birds as they migrate to and from their southern wintering sites, perhaps fueling up at your backyard bird feeder.

While extensive tracts of Canada’s northern boreal still remain largely undisturbed from major industrial development, the human footprint is expanding, and much of the southern boreal region is already being exploited for its resources.

Birds Canada and the Nature Conservancy of Canada have created an interactive Story Map that details the importance of the boreal region for birds. Click here to explore and share this colourful online resource, which celebrates the boreal region and its rich bird life. Listen to bird songs and learn about the challenges that some boreal bird species face, and what you can do to support their conservation.

Explore some of the boreal region’s bird residents in the slideshow below: 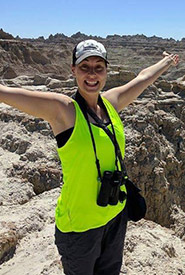