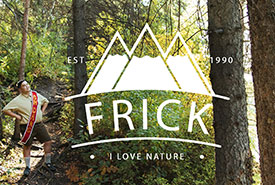 Last fall I was on a trip with my girlfriend on Vancouver Island. While there, we spent a good chunk of our time exploring its national parks and learning about how life survives in those particular ecosystems. While soaking it all in, I had a tendency to turn to her and exclaim, “Frick, I love nature!”

While driving between the island’s towns and parks, I began to think about how that phrase could make a really great title for a show.

Three months later, Gordie Lucius (the host of the show) and I (the director of the show) had a pilot and five episodes of the web series fully funded by Telus Storyhive. We didn’t know anything about nature, but we were excited about how we could reach a totally new audience by using comedy as a form of science communication.

As two non-biologists making a show about nature, we learned A LOT. With the help of Google and two folks with university degrees in this sort of thing, here are the top four most interesting things we learned while making this show.

1. The male honey bee’s only purpose is to mate, and die. 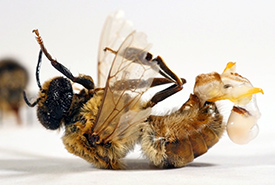 They’re called drones, and they don’t clean, take care of babies or find pollen. All they do is eat and join with over a dozen other drones to mate with the virgin-queen when she is ready.

2. There is a moth species that can literally jam a bat’s sonar.

It’s called a Grote’s bertholdia moth. They do this by making clicking sounds, which interfere with a hunting bat’s sonar, creating a fuzzy image for the hungry bat. 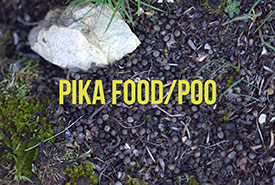 3. A surprising number of animals eat their own poop.

It’s called coprophagia, and animals such as pika and snowshoe hare do it so that they can extract as many nutrients as possible from tough-to-digest foods. Sometimes gorillas will eat their own poop out of boredom.

4. Some lichens can survive in space.

Lichens from Antarctica were once left out in space for a few months, and came back with no evidence of cell damage. Lichens were also partially responsible for breaking down rocks millions of years ago and creating soil that larger plants can grow in.

Communicating nature is important, and many nature shows have done an incredible job at showing the drama, sacrifice and beauty of the natural world. Using comedy to accentuate the brutality and outrageousness of some of these defense mechanisms, survival strategies and mating rituals is also a great way to reach different audiences. 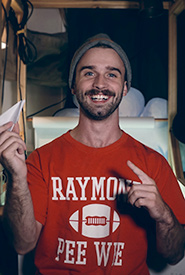 Stephen Robinson is the creator and director of the show "Frick, I Love Nature."