Getting wetland conservation right will help solve many issues

Earlier this winter I watched as a record amount of January rain filled the swamp at the back of our property outside of Guelph Ontario. With the ground still locked in a hard freeze, there weren’t a lot of places to hold this deluge. This swamp was doing what swamps and other wetlands across southern Ontario were quietly doing: holding billions of litres of water that would otherwise swell rivers and streams and flood the places where we live. 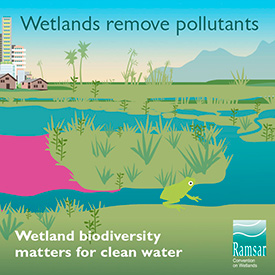 Wetlands, like my swamp, play an unsung role in water management. They are our water towers, flood-control reservoirs and filtration plants. A green sponge that holds water when we have too much that slowly releases it into our streams and aquifers when we need it the most. When we lose wetlands from our landscape, we lose this important service.

Lose the wetland and we lose the species

But wetlands are much more than an ally in water management; they are critical for stopping our current crisis of wildlife extinction. Marshes, swamps, fens, floodplains and bogs provide habitat for hundreds of Canada’s species at risk. Some species, like swamp rose mallow and western painted turtle, cannot be separated from their wetland habitat. Lose the wetland and we lose the species. 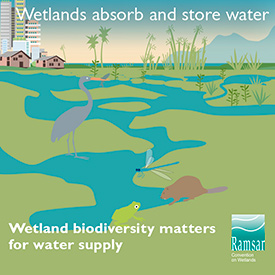 Like me, many of you reading this were probably a participant of the 20th century — a period that future generations will look back on as the century of the most extraordinary change to the ecology of our planet. Levels of carbon dioxide in the atmosphere reached record levels, most of our large intact forested landscapes disappeared, up to one million species became threatened with extinction and we lost well over half of the world’s wetlands. Over the last few decades, our planet’s wetlands have been lost three times faster than forests.

What is the state of Canada's wetlands?

In Canada, there is a tale of two wetlands. In our North, we still have some of the largest, most intact and most important wetlands left on the planet. We are keepers of a wetland wilderness that provides habitat for species like caribou and holds more carbon than any other ecosystem on Earth. Keeping this carbon under lock and key is one of the greatest gifts we can give the world as we start to work toward re-stabilizing our climate.

In Canada’s South, there is a different wetland story. Here we have followed the rest of the world in draining our wetlands for cities, farms and roads. In some places we have lost over 80 per cent of the original wetlands, along with the flood protection, endangered species and carbon storage they once provided. There are still important wetlands — from salt marshes in the Maritimes, to Great Lakes coastal wetlands, to prairie potholes — but to save these, we need to act fast.

How can we save wetlands?

It's sometimes hard to see a crisis when it creeps up on us, and often even harder to rally a response. But in many Canadian watersheds, our wetlands are in crisis. This story of wetland loss in southern Canada has two possible endings:

1) Wetlands continue to decline until one day we look around and, except for a few protected areas, they are gone. Or,

2) At some point we stop the loss. After over two centuries of being disregarded and drained, there may never be a better time than now for alarm to become action.

As with many planetary challenges facing us today, we generally know what to do, but are falling short on implementation. We poke at the problem when a collective push is needed. We need to ensure that in Canada’s new pledge to protect 30 per cent of our lands and inland waters by 2030 that important wetlands are conserved. In many places, we have an opportunity to even reverse the loss of wetlands. For example, on Pelee Island in Ontario and the Campbell River estuary in British Columbia it looks like the trend of wetland loss has been stopped and we are slowly restoring key areas. We can build on this success by supporting the efforts of organizations like the Nature Conservancy of Canada (NCC) and Ducks Unlimited Canada, and leveraging funding that is available through the Natural Heritage Conservation Program and North American Wetland Conservation Act (NAWCA).

Over the past 19 years, NCC has conserved close to 285,000 hectares (700,000 acres) of priority NAWCA wetland and associated upland habitat across Canada. Conservation finance tools, ranging from tax incentives to payment for ecosystem services, can help private landowners manage the wetlands that benefit their communities. Wetland conservation should be recognized as an expression of civic pride.

If we get wetland conservation right, we move toward solving many other issues. They protect biodiversity, help communities adapt to a changing climate and they are an essential part of our Canadian landscape. Perhaps most importantly, if we get wetland conservation right, it might just signal a changing relationship between us and the natural world. A new perspective where we see wetlands not as wastelands, but as a vital, living part of who we are as Canadians, and a symbol of the world we are choosing for future generations.

As we mark World Wetlands Day on February 2, the water in our swamp is mostly frozen now. In the spring, at about the same time that spring peepers start calling and red-winged blackbirds return, that water will slowly continue its journey through the soil and stream. This story will be repeated in wetlands across Canada. It’s a story that that we need to keep, for nature and for the benefit of Canadians.