Have no fear: Rational thinking is here 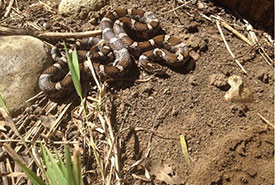 I was recently hanging out with my four-year-old niece and talking about different animals. She asked me, “What’s your favourite animal?” I replied, “Butterflies and snakes.” At the word snakes, I could see her squirm in her seat and start to make a face. At only four years old, is she on to something?

I have worked with a number of different animals, including some that have a less popular image among the general public, such as snakes and bats. Whenever I talk about these species, people’s reactions vary greatly. Some share my enthusiasm and fascination, while others...well, not so much. 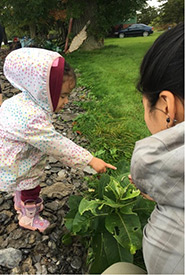 My niece and me (Photo by Amy Hamilton)

Perhaps I have a more practical view. My education and experience have taught me that although we may gravitate toward some species more than others, they all play an important role in maintaining our complex ecosystems. For example, Ontario bats help keep insect populations in check. And many of our native snakes help manage small mammal populations, like mice and voles. These mid-level predators are, in turn, the food source for top predators, such as hawks and owls.

Regardless of whether we might have a predisposition to fear certain animals, it is something that is often reinforced in popular culture and can start at a young age. Some popular stories and TV shows are guilty of this: Nagini the snake, which is Voldemort’s closest companion in Harry Potter; the antagonist python Kaa from the Jungle Book; or an episode of The Office where a bat causes fear throughout the office, and Dwight tries to trap it with a garbage bag. 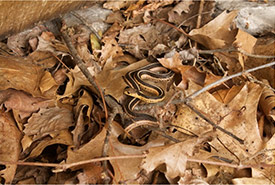 The words we use can also spread negative perceptions, such as using the word “snake” to describe someone deceitful or “batty” to mean crazy. The negative associations with these animals are not helping their public image.

It is important to learn the facts, temper our response and not let the fear lead us to persecute these animals, leading them to further declines. More often than not, these animals are harmless when left alone. Just like the more charismatic animals many of us are drawn to, such as pandas and polar bears, other animals, such as snakes, spiders and bats, are also doing what they need to do to survive: finding a safe place to live, and feeding and protecting themselves and their young. Who can blame them for that?

We can start to address our fears by acknowledging that sometimes our fears and concerns are misguided. Then, we can take a more rational approach. Let’s try not to pass on our irrational fears. Through our behaviours and actions, let’s demonstrate what respecting nature looks like, especially to the young and impressionable. At my niece’s reaction, I said, “What’s wrong with snakes? I think they’re cool!” She immediately gauged my calm demeanor and confidently said, “I like snakes!” 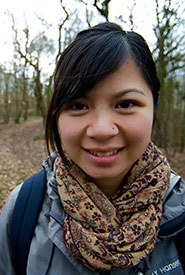