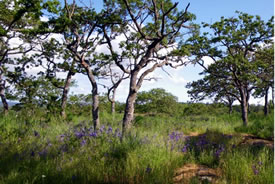 A challenge for humans in our attempts to manage ecosystems is that we’re often dealing with beings much longer lived than ourselves. For example, a Douglas-fir tree can live to be 800 years old or more. A century is a long time for a human, but a 100-year old Douglas-fir is still barely a teenager, relatively speaking.

Given our short frame of reference, we have to use cunning methods to extend our understanding of landscape change beyond what we can observe ourselves. This is where historical ecology comes in. By combining information from old land surveys, aerial photos, explorer’s diaries, archaeological digs, pollen records and other sources, we can get a picture of how a forest, an ecosystem or a whole landscape has changed (or not) over centuries and millennia. We can use this information to understand how an ecosystem got to where it is now — and to set goals if we are trying to restore things to how they were before.

The ecosystem I study is one we care a lot about in Canada because it is so rare. The Garry oak savannahs on Vancouver Island are one of the most endangered ecosystems in Canada, having declined by 90 per cent since the mid-1800s to make way for farms and suburbs.

The remaining savannahs are prone to being filled in with conifers like Douglas-fir, particularly in the absence of fire on the landscape. Places that are still vegetated have double the density of trees compared to the mid-1800s. But what was the trajectory of change before Europeans showed up? 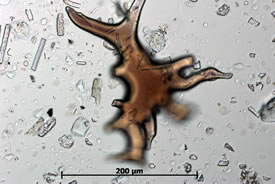 I set out to answer this question using a new tool in the arsenal of historical ecology: the phytolith record. Phytoliths are tiny plant microfossils made of silica — the main component of sand and glass. They are formed when silica in water absorbed by plant roots is deposited within plant cells.

When the plant dies and decays, little silica casts shaped like the original plant cell are left in the soil and can stay there for thousands of years. The largest phytoliths are only about one fifth of a millimetre long.

I collected soil cores from sites across the landscape of southeastern Vancouver Island. Some were from places that are currently oak savannah, including the Nature Conservancy of Canada’s Cowichan Garry Oak Preserve. Others were from dense Douglas-fir forests. 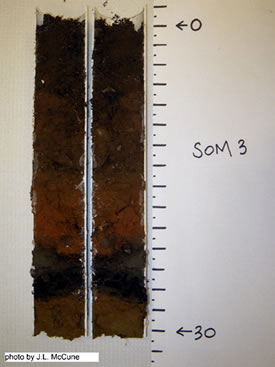 A soil core split down the middle (Photo by Jenny McCune)

Back in the lab, I used a chemical process to remove everything but the phytoliths, so I could count them under the microscope. One gram of topsoil can contain over 1 million phytoliths!

Some forests not as ancient as they seem

The phytoliths show that different sites have different histories. Some places that are currently savannahs, including the Cowichan Preserve, have been that way for at least the past 2,000 years. Other sites that are now dense Douglas-fir forests are former savannahs that only recently filled in with Douglas-fir; “recently” meaning in the last 150-500 years — less than one Douglas-fir generation!

So, while the fire suppression policies of the European settlers undoubtedly accelerated a trend of increasing Douglas-fir density, in some places this was probably already happening long before Europeans arrived.

This landscape is an ancient cultural landscape. Although European people have transformed it dramatically with agriculture and industry, First Nations people have lived here for at least 5,000 years. Their traditions of landscape burning kept savannahs open in many areas.

Infilling by Douglas-fir well before European arrival at some sites may have been due to changes in First Nations management practices, changes in climate, or both. It will take some more historical ecology sleuthing to figure that out.

In the end, we have to manage landscapes according to the things we value. For example, we can strive to keep savannahs free of encroaching Douglas-fir trees in order to support the rare plants and animals that can survive only in these sunny savannah conditions. But a long-term perspective can give us a glimpse into what’s possible, and insights into the history we weren’t around to see. 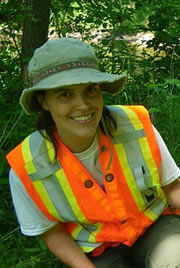 Jenny McCune is a plant ecologist fascinated by the long-term interrelationships between plant communities and human communities that share a landscape.